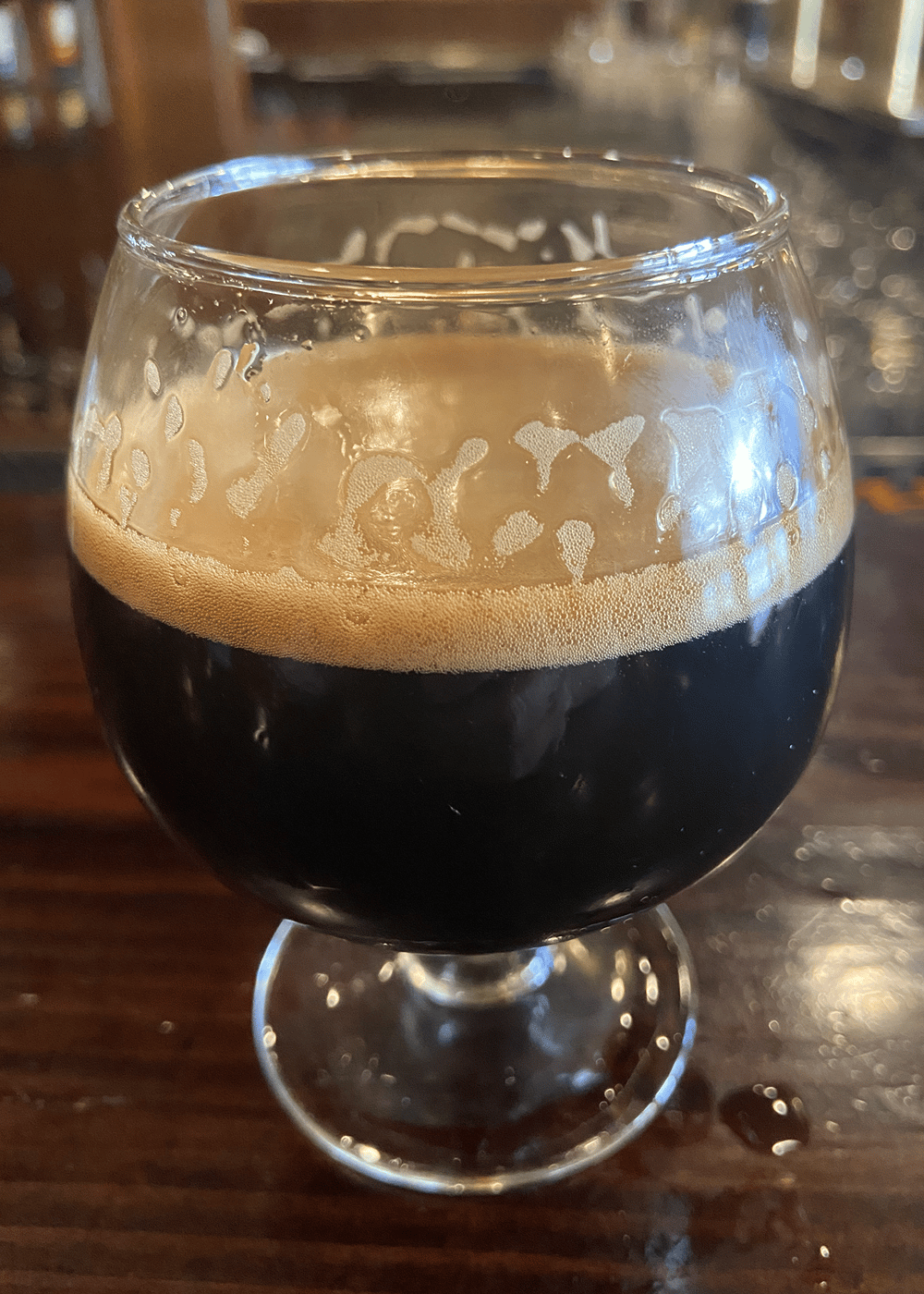 2019 CBS – at least that’s how it’s advertised. I don’t think CBS was ever the 12.3% printed on the beer menu, so there’s an element of doubt here. Anyway, not that important TBH.

Poured with a head that could be better. Yes this is a 11+% beer, but it could be presented properly. Even in the warm glass this is pouring way too cold. Agitation created the head that you see, and that glass has warmed a lot since served.

Nose and tastes are unremarkable. Remember when CBS was sending people into convulsions? In recent years I’ve seen it sitting on supermarket shelves collecting dust, and piled high in stores. It was never as good as advertised, and this proves the point.

IF this is 2019, the alcohol and all elements have faded. It’s no more than a barrel-aged, sweet, high ABV beer of some description, but is it exceptional in ANY way? Absolutely not. $12 for the 12 oz pour? Mmm, at $8 it would be pushing it, $6 would be ‘value’ and part of that would be because you wanted to say you’d had 2019 (if that’s what it is) CBS.

Sweetness is the main element at this age, and any more subtle elements of chocolate, maple or other lauded notes are missing. CBS is a great example of a beer that even old-school geeks got completely disproportionately excited about and was simply never that good, or even that interesting. A lesson in commonsense.