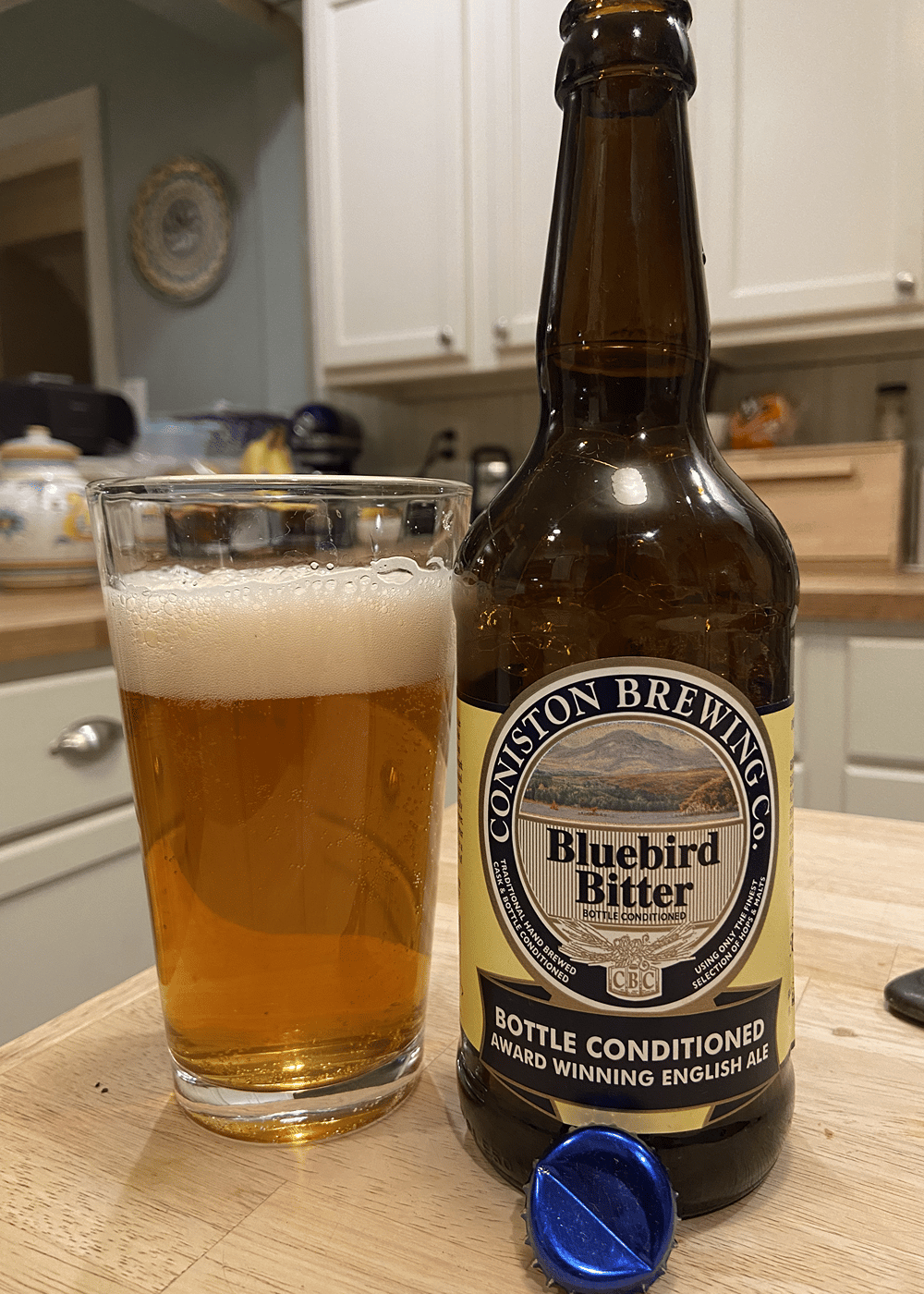 Seventeen years between these notes!

Color the same but significantly less hop notes than the original notes suggested. This is MUCH close to a biscuit based, gentle, and subtle English Bitter than one would ever gather from my 2005 notes.

Some light coinage metal in the nose that is not really reflected in the tastes. Very light, easy drinking which is what I would expect in the forst instance. Odd that my original notes don’t reflect this.

Much lighter pour than I was expecting, with a briefly frothy head and a pale, orange body. Not much lacing.

Definite strong hop aroma and very distinct lack of malt in the nose.

The malt backbone is all but missing in this beer as far as I can tell, with a lack of sweetness being apparent. Interesting, because it’s not really a very hoppy experience either. An oily, but mild hop presence characterizes the beer. Very drinkable. A bit like a watered down “American over-hopped” IPA. Quite difficult to really describe and categorize for me.