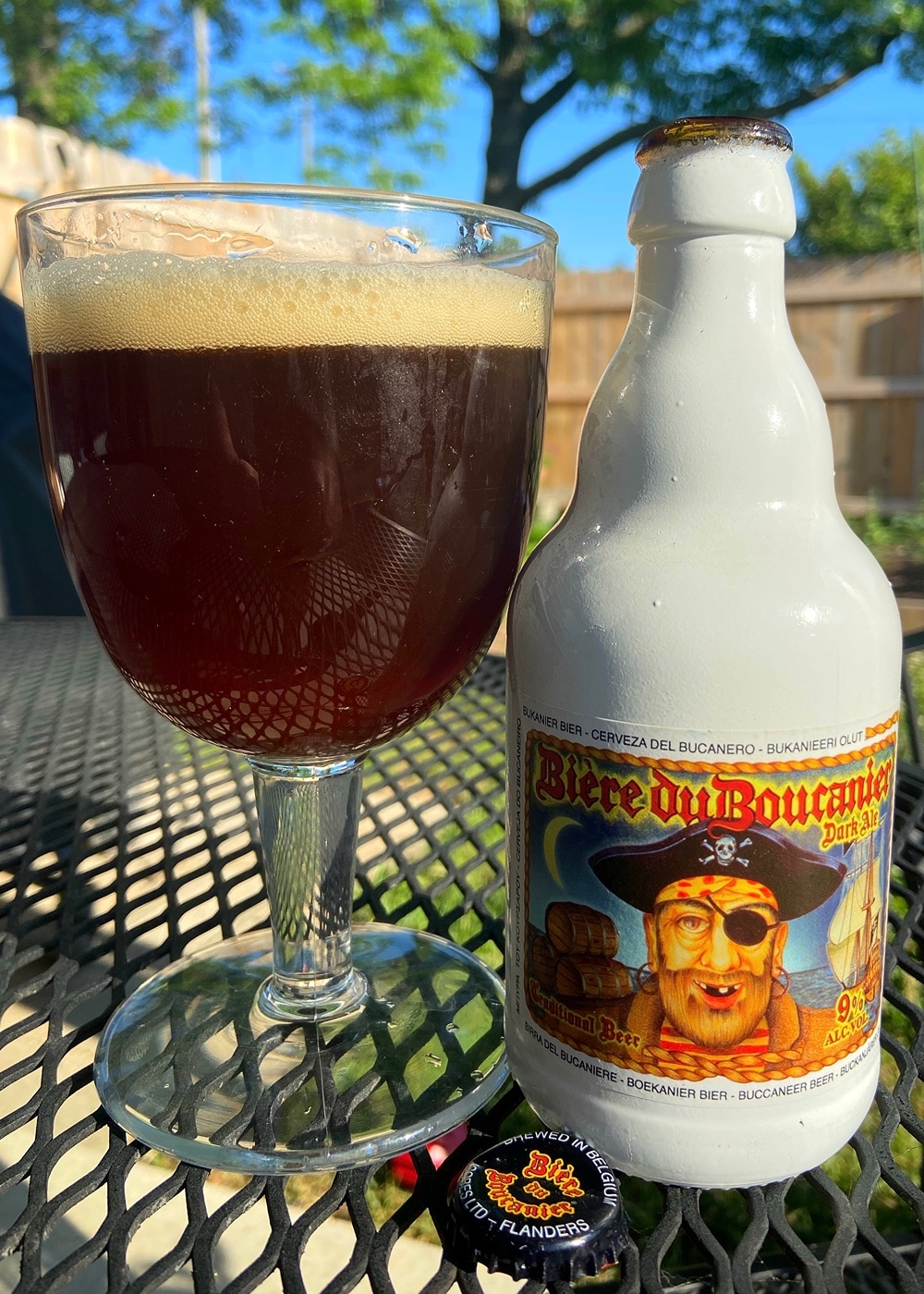 Poured from the iconic, ceramic stubby bottle, on first look this appears like an ugly Dubbel brown – my favorite color complaint – but in better light there are a ton of red hues and the beer is significantly less dull than it first appears. Head is decent, and consummate with a 9% beer. Retention and lace follow a similar pattern.

Fruity yeast on the nose, that is carried into the tastes a bit, but in those tastes we find a drier beer than the aroma might first suggest. Still plenty of sweetness, a good shot of alcohol and fruit, but it reminds me of the grape skins rather than the sweeter flesh. Alcohol builds and its a really nice feature of the beer. A good balance of sweet, dry and cherry notes in amongst the light burn. Pleasant and satisfying.

A real depth of flavor here, with those cherry notes being prominent, but also some dates and other familiar currant based dark fruits consistent with the style.

Does pretty much what it says on the bottle which is always pleasing, but with a noticeable, drier fruit edge. Not entirely unique, but a mild departure from the a massive, boozy, overly sweet quad or BDSA. Worth a shot. Try one.