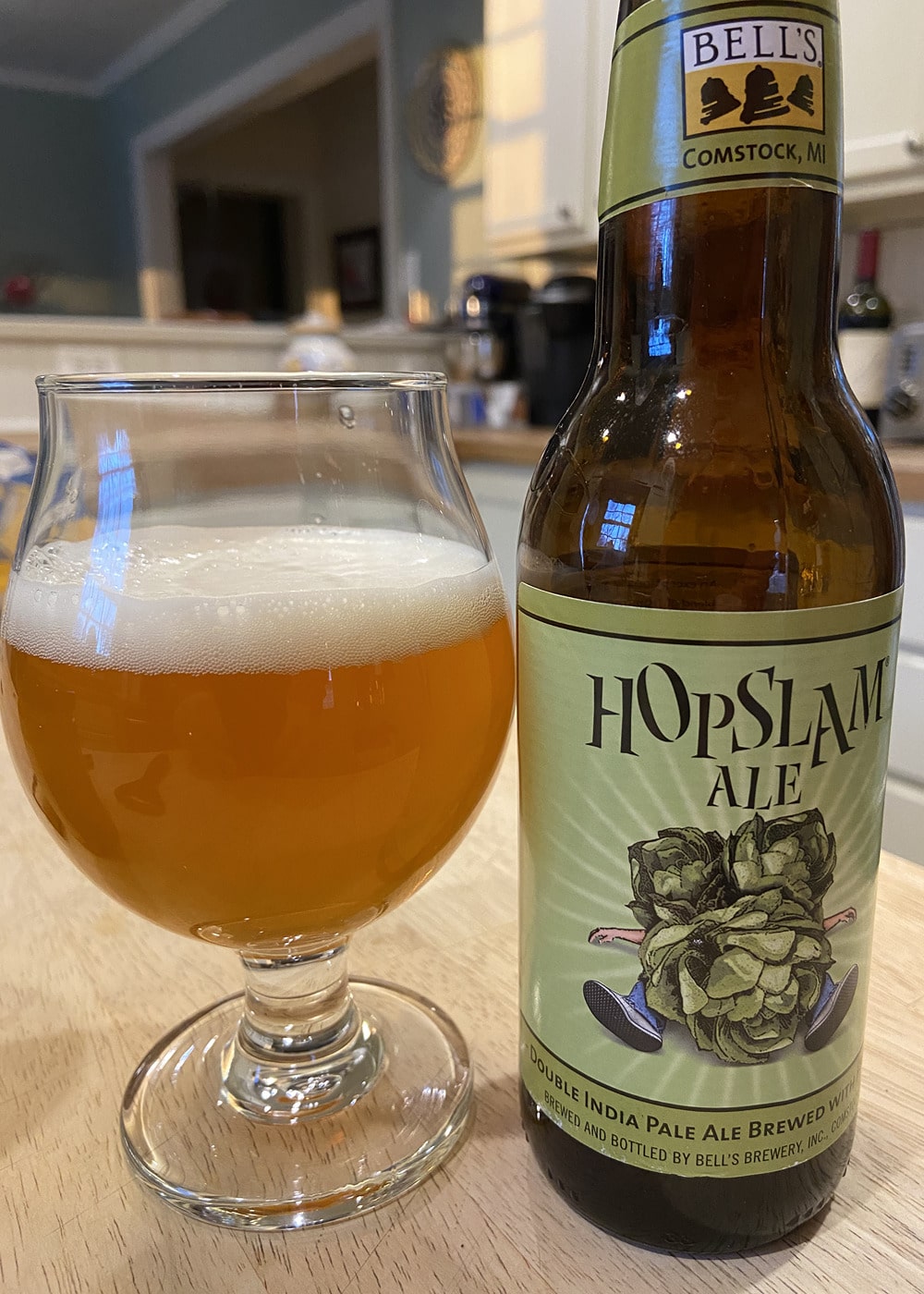 Thanks to brickstoredave (via Robert AKA Georgiabeer) for the opportunity to crack one of these on a quiet Friday afternoon at The Brick Store, Decatur, GA, USA.

12 oz single. Pour is a fairly typical, mid-orange affair with a surprisingly good head and lace for the (apparently) large ABV (more of that later). Typically cloudy appearance for the style.

Nose conjures up a west coast assault on the taste buds, and we’re not disappointed when it comes to the taste. The hops ARE massive, but somehow it seems less aggressive than many, similar west coast beasts. It’s not like the malts shine through to help much, but perhaps Bell’s have a secret “balancing” ingredient that they add. The alcohol is nowhere to be seen, I would have NEVER put this at 9.3%!

Interesting beer from two angles for me – firstly the apparent balance that is achieved, and secondly the hidden alcohol. Also, although the balance is there, it still manages to wreck the taste buds for beers later.