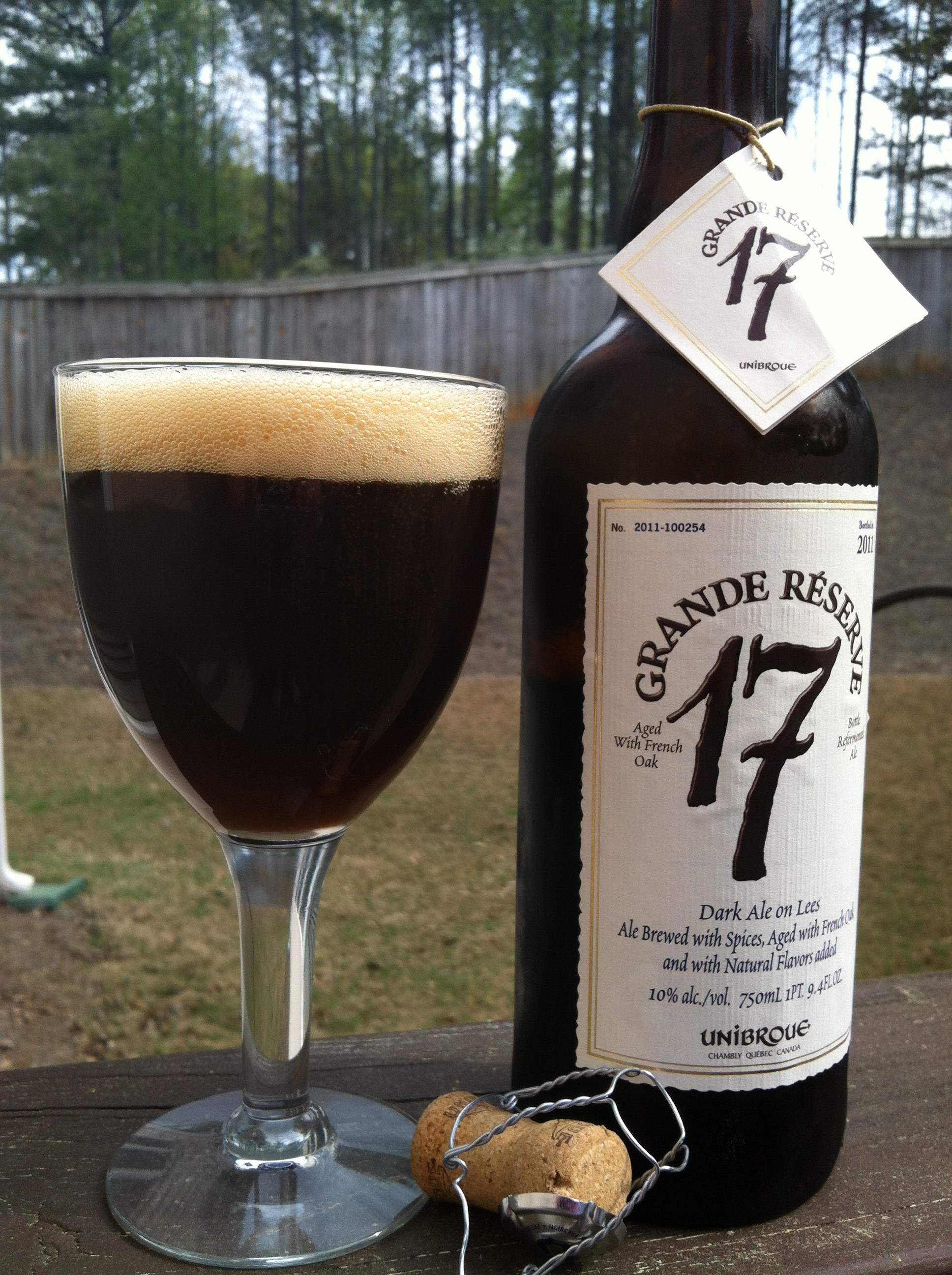 Parchment like label, information on the back describing the 2007 beer and the process it went through to become the ‘Grand Reserve’.

I’ve been (generally) a huge fan of the Unibroue anniversary series, and indeed enjoyed 17 very much, so even at $12.99 for the corked and caged 750 mL it was a no-brainer for me.

A healthy pop on opening (good) is followed by a light chestnut, brownish pour. The carbonation is pretty good and gives a steady stream of bubbles from the bottom of the chalice. An attractive, thin, creamy and spotty foam forms on the surface of the beer. There is a little lace, which is acceptable for the ABV. The color is not the most attractive, and it takes on a Dubbel-like murkiness (which I dislike), but I can live with it given that the beer tastes so good.

The nose has a little alcohol but that’s small compared to the bready, malty dark fruit elements. Some raisin notes and for me, a few light esters.

The beer starts with wave after wave of typical, Belgian dark fruit elements. As it warms and with more consumption it starts to provoke a little more bitterness. The alcohol starts to come through some more, and I get a gentle touch of licorice and a little aniseed. I really do not get much oak at all, which frankly for me is very good. I’m not a fan of that element in beer so its absence does not bother me. Lots of typical yeasty elements (no surprise there) and the beer hits all of the necessary style parameters.

There’s a really nice richness about the mouthfeel, with the fine carbonation stimulating the palate. There’s also a pleasing warmth that is induced on the way down in the chest, and the package is pretty complete.

The back end starts to give more bitterness in an orange peel type way – it feels a bit like a Christmas beer to me.

I’m biased. This is one of my favorite styles by one of my favorite brewers, who bring an iteration of a beer I really like! That combination was always likely to produce great results and it does. A super beer (just like 17 was), but I’m not 100% sure what the aging and oaking has added. I loved it originally, and comparing it to the notes from nearly five years ago, I don’t see massive differences.