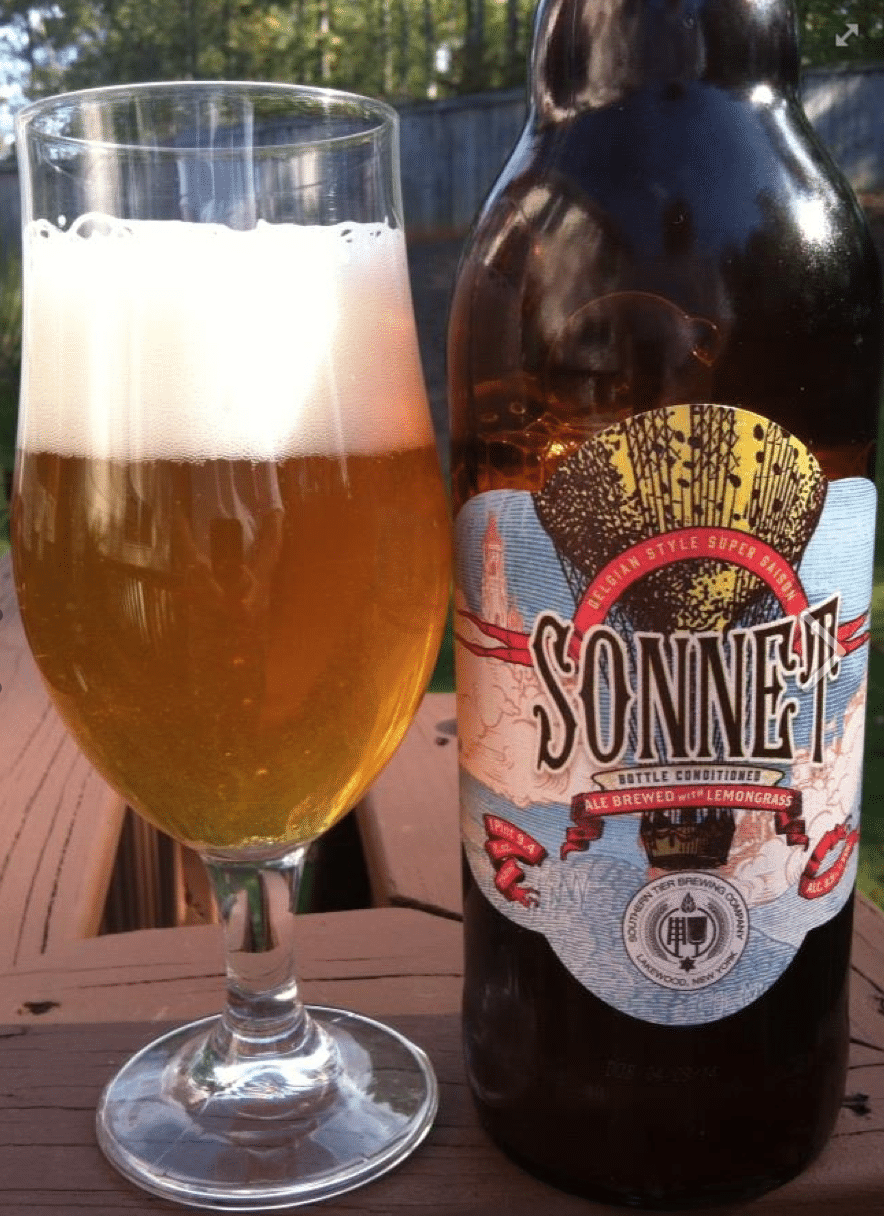 Southern Tier is a real Jekyll and Hyde brewery for me, with a range of beers that I have simultaneously enjoyed (Creme Brulee and Krampus), hated (Imperial Cherry Saison) and felt largely indifferent about (Phin & Matt’s and 2XIPA). As such, I tend to be ambivalent toward them, and with so much beer available to me these days they are a brewer that has gone from a regular in the rotation to an almost forgotten player for me.

It would appear that they have a slightly new look for this particular mini-series, and at first I did not recognize the beer as being theirs. These days I don’t have my finger on the pulse quite as much as I used to, and since this has a ‘DOB’ date of 04/09/14 (not sure if or why ST are copying a Budweiser type DOB), this has obviously been around for a while, but I haven’t seen it in GA until now.

I am a sucker for a beer labeled ‘Saison’ (although the silly ‘Belgian Style Super Saison’ moniker seems juvenile and unnecessary to me), and Lemongrass is an adjunct that I can usually live with in such beers, so this was an easy choice. I also got pulled in to their Tier De Garde.

The pour here is a slightly viscous (reflecting the ABV) gold, with a fair amount of hazy particulates presumably from the bottle-conditioning. Head is adequate in terms of size and retention given the ABV, and the lace it leaves is pleasingly sticky.

The nose offers a light, lemony note but no hint of alcohol and a lack of much character beyond the very mild citrus fruit.

Tastes are a reflection of the nose, but with added body from the alcohol and a sweet note that I want to say is a honey-like feel, but to be honest doesn’t taste like honey (makes no sense, right?). Anyway, the lemongrass plays pretty much exactly the role that it should, i.e., it’s not overpowering in its ubiquitous presence, so the whole thing fits together nicely.

The middle and final third of the bottle lend a certain bitterness, and these are the well-melded hops coming to the fore. There is a pleasing, light soapy character to the lingering finish. The 8.5% ABV lends itself to the beer in a more gentle manner than one might expect, but it does build a little by the time I get to the end of the 750 mL.

Quite nice, and a little faith is restored in Southern Tier. $7.98 for the bottle.