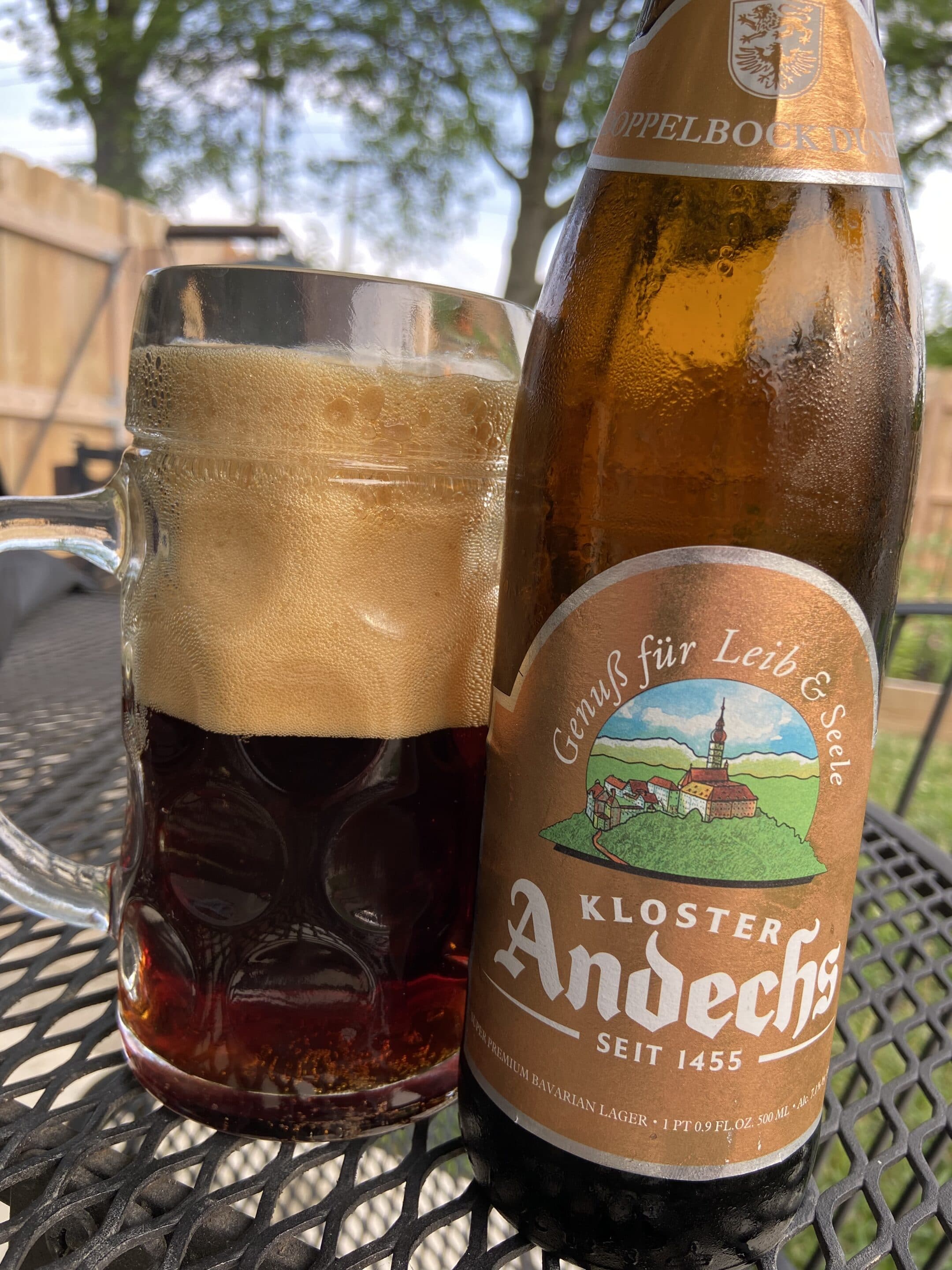 Pictured added. Still as bold and constant as ever. Malt and alcohol dominate, and the craving for potatoes and sausage never lets up. As you were. Funny how this beer was once SO sought after, as a leader in the style, and as a beeradvocate top “X” beer back in the day. Frankly, that ranking was deserved (and still is), the problem being that now thoes lists are awash with a millions NEIPAs and such.

Huge thanks (again) go out to the groovy one for the chance to try this. Best before 30/03/09 (March 30th 2009 for you Americans) so I sneaked in! I’ve been tracking this for literally several years so delighted to try this one today.

Poured into the Tucher Weizen 500mL glass this looks superb. The color is as rich as any Doppelbock I have ever seen and the clarity, carbonation and head are very good. Lace and retention are not the VERY best, but the color is ESPECIALLY good.

Nose is a GERMAN malt bomb. I use the adjective “German” to describe that particular strain of breadiness that one expects from such a beer. Again it’s great.

The funny thing about this beer is that for such a highly rated brew, the taste is arguably the weakest point! After an amazing “look” and a great nose, the taste almost (but not quite) seems a bit of let down! It’s solid, but definitely not the best Dopplebock I’ve ever had. The alcohol is in check and the beer seems (if anything) a touch light.

Very nice and VERY German, but it bats slightly below the BA review average. “Disappointment” would be harsh, but nevertheless, not quite what I expected.