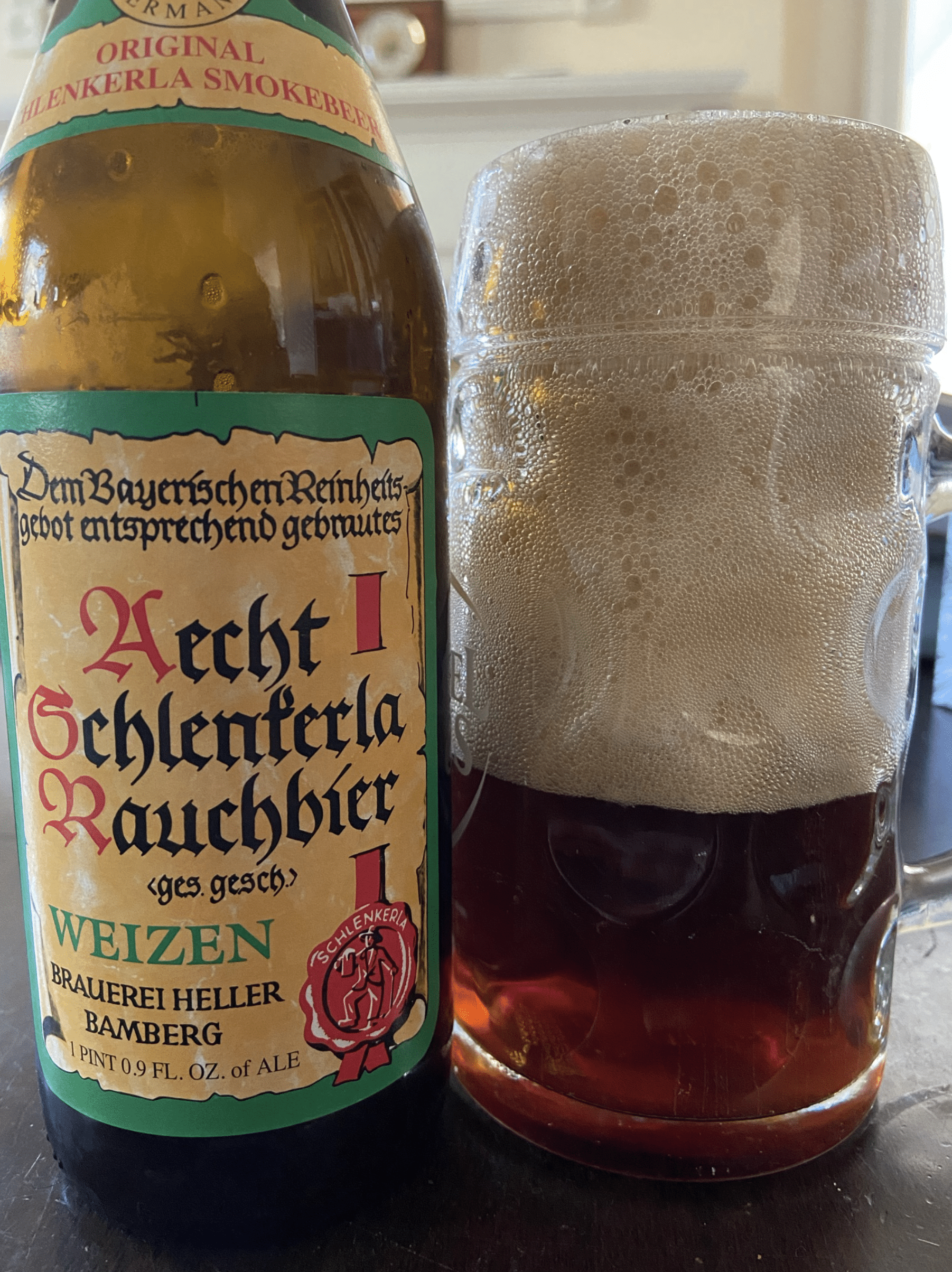 In typical Heller-Trum style, the aroma is a basically a side of smoked ham in a glass! A great beer to enjoy with your grilled or BBQ’d meats.

Unlike some of the other beers in the style, I found that the smoke here did not really overpower the beer. In other examples I found the smoke to dominate to such an extent that other qualities were lost. Some nice malty sweetness that was unexpected and that melds well with the smoke. A much fuller and more satisfying body than I was anticipating too.

I liked this a little more than I expected so I was pleased that I tried it. Another example of the value of persisting with a style that has been a little less than stellar in the past.