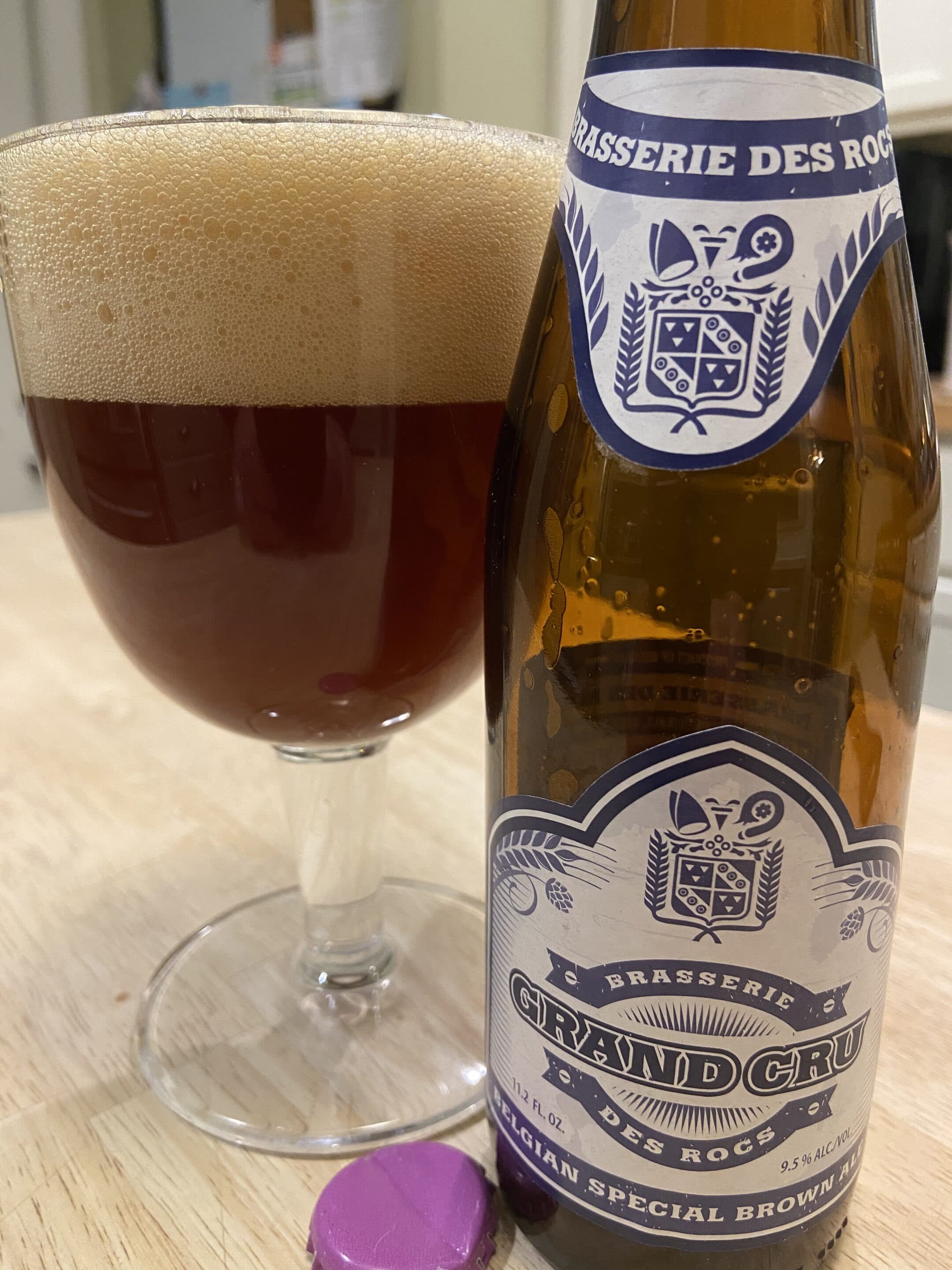 13 years since I last took notes on this beer. 33 cl bottle, pictured.

Quite a carbonated initial pour with some real fizziness. Surprising. As I noted in the initial notes from 2009, the beer is quite light, especially considering the 9.5%.

Plenty of balanced sweetness and even a touch of banana up front. This lingers and builds down the bottle, a the subtle banana note becomes some thing that I walk away with more than anything else.

The “light” nature of a beer in this style, and of this ABV continues to surprise, and in the end even feels like the lack of depth is a slight let down (see below). Plenty of malts in the back end.

In the end, just like those 13 years ago, I still feel as though there should be more. I want to love this, in the need, I just enjoy it.

Extraordinary that I have not reviewed this beer so far. Never mind, here we go.

EXACTLY as anticipated the rich brown color is punctuated with a very dense and large number of floaties. Generally coagulated proteins are a big problem for BdR, and this beer is no exception. Quite ugly, and refuses to settle for a LONG time.

Head is good initially but fades to not much very quickly.

Body and tastes are a little lighter than I was expecting. The beer reflects some alcohol richness, but it seems a little thin for the style. Not “bad”, but lighter than I wanted. Big, rich alcohol malt notes. Simple and delivers no surprises.

Not my favorite beer from a brewery that I generally have huge affection and respect for. Frankly a little disappointing, but this still makes it above average.