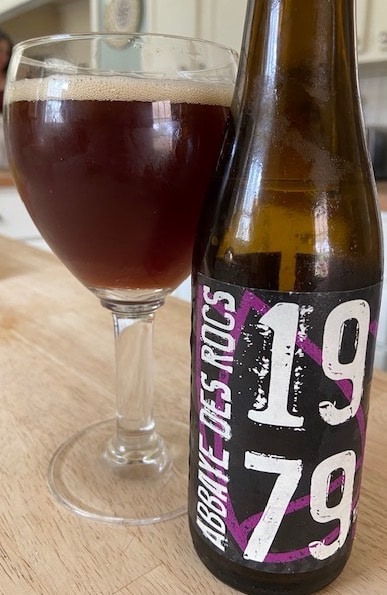 Difficult to square this beer in 2021 when compared to 2005. For a start I’ve hated the label change for years, but I suppose that’s a different story (picture here is that new label, please love the old ones instead!). There’s a thinness about the beer that I was not a feature of this previously. Also there’s a light acidity here that takes away from the depth of Belgian dark, plum character that I remember from the past. Maybe the beer has changed over the years, since I’ve drunk very little of it in the past ten years, but it now feel very different.

The second bottle that I had on 08/22/21 was a touch better, but this isn’t the beer that I remember from years past. Nostalgia element here? Perhaps, but it doesn’t do the job like it used to for me.

Honestly, extremely disappointing in 2021. A shame.

Amazing beer and difficult to review. Firstly the good stuff.

This is classically Belgian dark in that it gives layer after layer of dark, alcoholic fruit overtones in the nose and the taste, and ends with a sharp alcohol bite that only really comes out of beers from this country. I love the deep satisfying body of this beer and its ability to let you know that you are drinking something serious. Plums and other very ripe fruits dominate, but in places it appears as if the fruits have gone a little too far in their maturation process – there’s a little bit of rotting vegetation in there and some stench around the edges of the aroma.

Then there is the appearance! WOW. On the second pouring huge globules of God knows what fall into the glass. I’m a pretty experienced drinker and I’ve seen all kinds of yeast based sediment fall into beer before – usually enhancing the appearance and the taste of a brew – but this truly looked utterly disgusting. The only way I could accurately describe it was that it looked like hundreds of small pieces of soggy toilet tissue! The beer literally took on the appearance of something that had failed to flush a couple of times! NASTY. The odd thing was, the beer seemed almost alive, with the sediment refusing to settle for about fifteen minutes. When it had settled, any small agitation – like trying to drink it – caused this amazing circulation of solids that was truly disgusting.

The first glass from the 750 mL bottle was only slightly affected by this problem, the second was nearly impossible to consume. Eventually I gave up with it.

Now, I don’t know what that stuff was – it certainly wasn’t normal yeast type sediment as I have experienced it in the past, and perhaps something odd had occurred in the bottle – but it took the beer from being a great one to something that simply confused me. Most probably coagulated proteins.