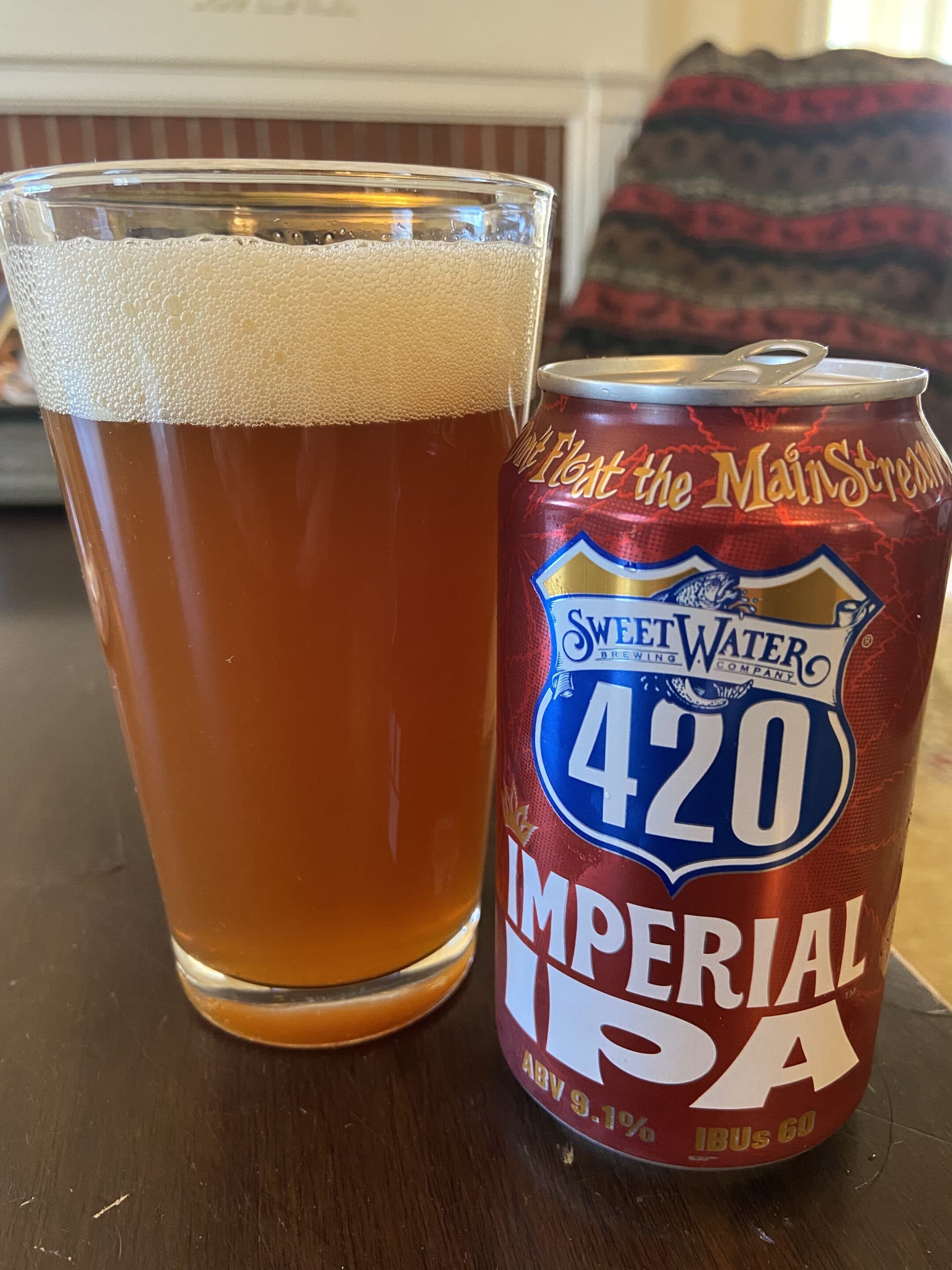 So, I wonder if this is some re-incarnation of an earlier Dank Tank or some other special release. It feels like it may be. I know there’s this, but internally I wonder … 60 IBUs screams the can. 12 oz, part of a six-pack.

Pour is a clouded, burnt-orange body with the type of head, sticky lace and half-decent retention that one would associate with the style. In short, the appearance is stylistically sound.

Nose is strong. It travels a good distance from the pour even when relatively cold. Impressive in that regard. Dank hops, the sweet malt backbone, i.e., all that you would expect. Some onion character as expected.

Smooth, easy drinking, light sweetness on the malt, and a hop presence that isn’t overpowering or especially bitter, but plays into that American DIPA profile that has become well-established. It’s never bitter, it’s more malty than some will care for, but with that comes balance. 9.1 is well-hidden, and the drinkability is a little dangerous. All in all, I like it.

The whole feels like it’s greater than the sum of its parts, and I think that’s a good thing.

In the final analysis I think that this is just a really solid example of the style. If I’m honest it isn’t my favorite Sweetwater beer of all-time, but that’s not really the point. If you want an American DIPA, that isn’t desperately bitter but still offers a little old-school, west coast dankness, then this is likely to do the job for you and satisfy. Is it a classic? Probably not, but if the mood hits, you can pick it up with confidence, and feel good about your choice.