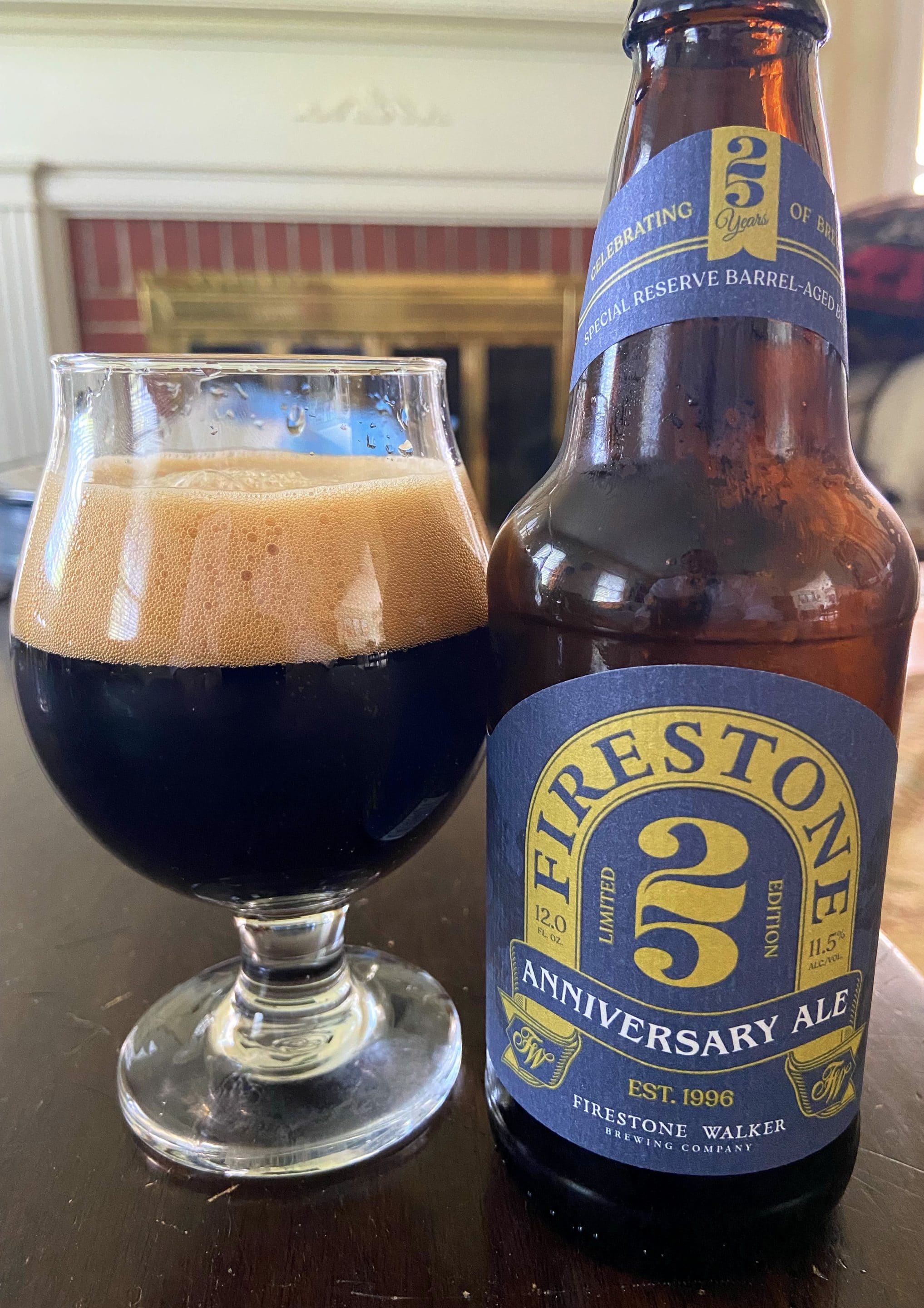 I think that I’ve simply lost what little love that I ever had for beers such as the Firestone Walker Anniversary Series. I mean I am glad that they are making them – it shows a solid commitment to a craft – but when ones looks at the blend that has gone into 25, the only thing that comes to mind is, “would it really matter what was blended at this point?” There’s such a colossal number of incredibly potent flavors and barrels in the mix, isn’t this just a hodge-podge that would most likely simply taste “good” no matter what the actual, final blend was? When you’ve got RIS, Quad, Milk Stout, Barelywine and Wheatwine in the mix, plus bourbon, tequila and brandy barrels, in the end, how distinguishable is any of this from blend to blend. I mean, you know what you are getting each year, perhaps with some subtle change, but it seems as though too much thought might be going into this.

I should temper my criticism by repeating that I respect what FW do/are doing, but after nearly 40 years of drinking beer, and almost 25 years of being exposed to the best in US high ABV, barrel-aging, maybe I’m just tired and jaded. Could something just as good been achieved almost randomly? I tend to think so. Anyway, back to the beer in question …

… it’s dark, dark brown with some reddish highlights in bright sun. Lovely head. The nose and tastes simply reflect what you would expect, a ton of vanilla, chocolate, booze and some cherry, but as I say above, yep, could have predicted all of that without opening! Obviously it significantly opens-up on warming, and the booze really starts to hit at this point. Rich, but strangely lacks a lot of depth and my suspicion is that laying some down might help it to meld a bit. It seems a bit all over the place right now this young, and doesn’t quite come together for me. Mouthfeel has some coating, cloying nature and is kinda hard work. A beer I could easily split 12oz of. Maybe time will help this.

I don’t want to be cynical about this, but it’s hard not to imagine exactly what’s coming, and I just think it could almost have been achieved any old way. If you are looking for a beer like this (and you’ll know what I mean when I say ‘like this’), then this is going to do the job without drama. In that regard it’s a pleasing beer, simply because it delivers exactly what one would expect. In the end, that’s its most redeeming feature for me. better on paper than in practice for me.