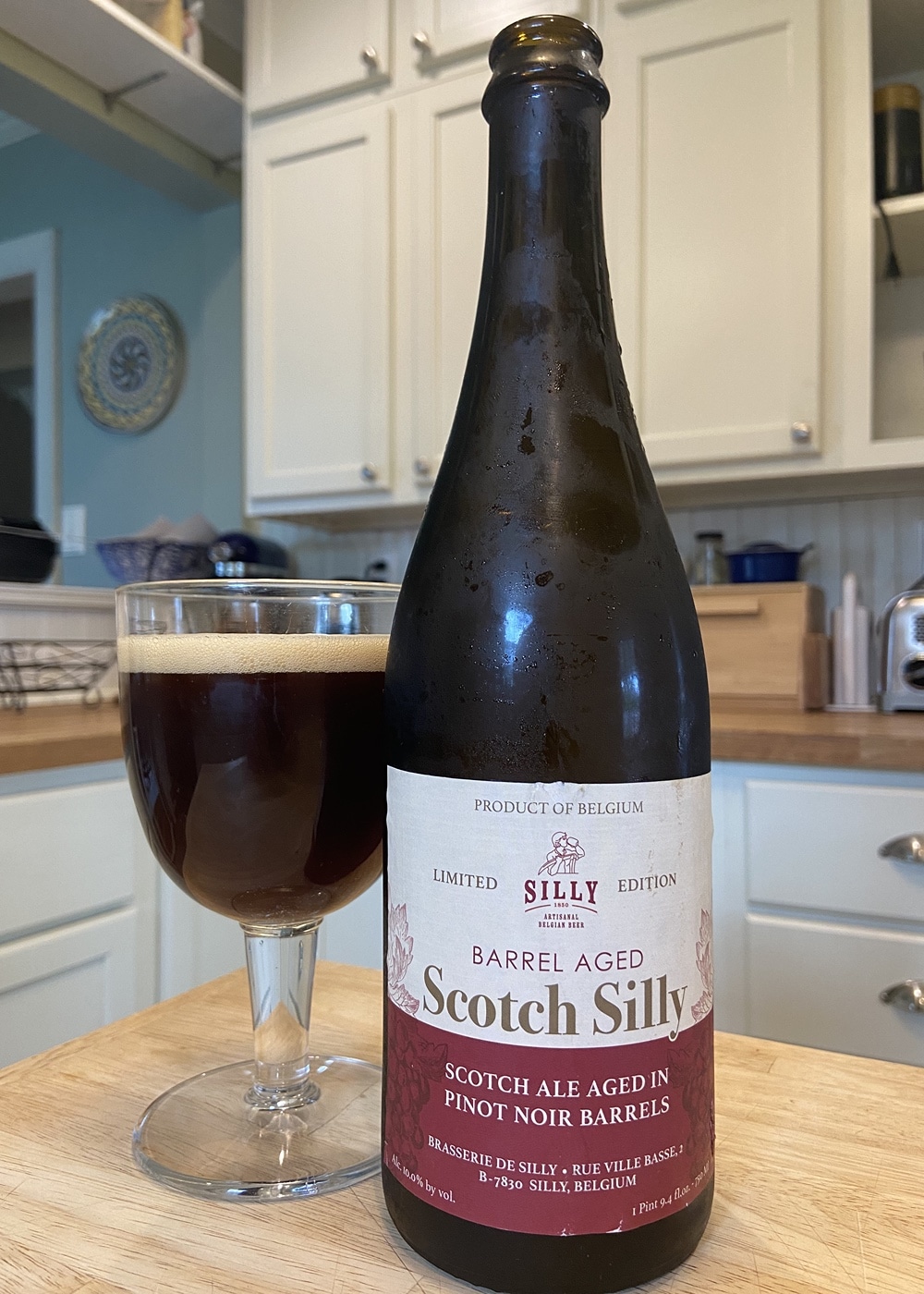 It’s impossible not to make a comparison between this beer and the 2018 Chardonnay version of this beer, especially when the other one was consumed and reviewed just a few days ago.

The same base beer, and also in wine-barrels, I’d expect similar things, and indeed that’s what we get. Notable changes here are the fact that the beer is a year younger (2019 versus 2018), and Pinot Noir is the grape.

Given that I think that the Pinot Noir is going to mesh more with the underlying Scotch Ale attributes, and the age difference, I’m expecting better things here than from the earlier offering.

Immediately I’m able to detect less oxidation than the 2018 Chardonnay, and a better balance in the beer. That’s what I was expecting to find. I’m not surprised that I prefer this version. The darker grape feels like it would complement the Scotch Ale better.

Carbonation isn’t great, and it drops away very quickly to leave no lace or any significant film on the surface of the beer. Nose is as expected, and the barrel perhaps adds a little vinous edge to the beer, but at this age it really isn’t significant for me. In the end, simply wishing that I just had the original beer. The alcohol seems a little more tempered in the Pinot Noir than in the Chardonnay where it seemed a little more elevated. It drinks easily enough, smooth and well rounded with some nice alcohol notes here and there, and of course fruit, but a fresh Silly Scotch brings all that I need.

Again, much like Chardonnay I would have liked to have got to this bottle earlier, but also like the 2018 bottle I don’t feel as though I’ve missed a great deal