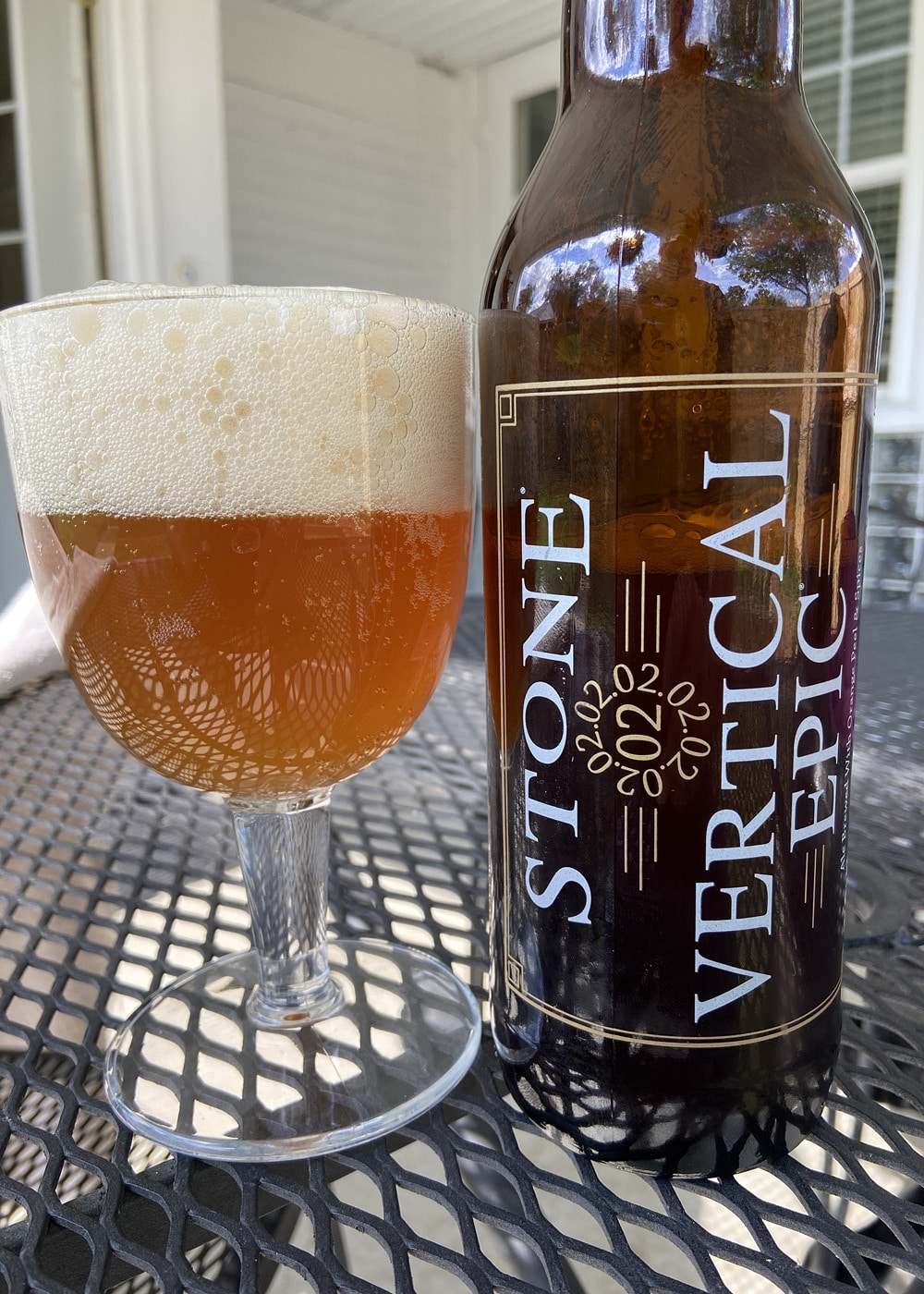 A little malty oxidation in the nose, along with some muted orange. Tastes reflect the nose with a surprising drying finish and more alcohol than the aroma suggests. A little cardboard oxidation, at 5 years old this feels past its best.

Drinks fine, dryness continues and alcohol helps to frame and accentuate it. Belgian spice is muted (maybe not even there) but this is likely due to age at this point, or the confusing nature of reading some things online. Stone call this a Belgian Strong (Pale), AND as a “bumped-up Wit”, both of which should bring some spice to the party, but it’s all a bit unclear.

As it drinks, more and more bitterness and deeper orange notes come through. Some marmalade as it finishes with the orange and bitter melding. I like this rendition even at 5 years old, some oxidation, and even considering the confusion surrounding the style and what it ‘should’ be. Like the original, I wish I had gotten to it sooner.