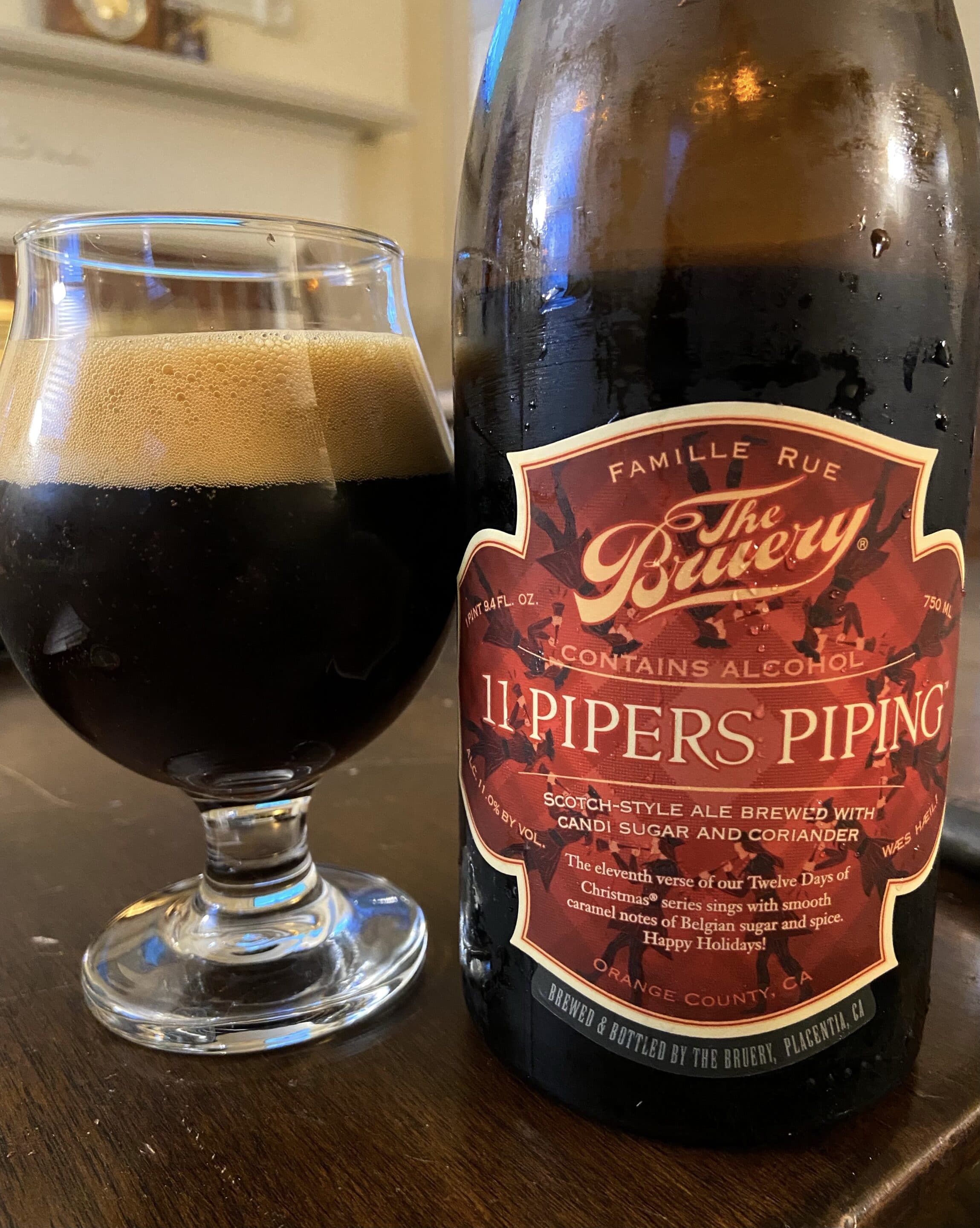 This is an odd one for me. The idea of coriander being added to cut the sweetness of a typical Scotch Ale I suppose makes sense (if indeed that’s its purpose), but at the same time it seems to work against what the beer might be trying to achieve. I don’t know, it seems a little bit of fractured combination of flavors to me.

Black-brown body on the pour, with a somewhat disappointingly poorly retained tan head.

Even when cold, the nose starts to give away a lot of the Scotch element and some alcohol. The tastes aren’t as powerful as they should be, when considering the combination of style, nose and ABV. In fact, for the type of beer that it is, it all seems pretty thin to me. The alcohol gathers a bit toward the back end, but there’s nothing overpowering which, given the kind of beer we are dealing with here, I kind of wanted there to be an element of!

The coriander as an entity is difficult to detect, but perhaps it’s that which is working against some of the more obvious traits, to cut this beer down to size. There’s a bit of a molasses aftertaste as well.

Mouthfeel is definitely thin for the style, and is a touch prickly which once again, feels out of keeping for me.

The beer has some pleasing parts, but in the end, the sum of those parts ought to be more. In the final analysis the beer does bring what it says it would, but it fails to live up to its own promise. The ABV never quite gets there, nor do the malty boozy elements, and I end up wanting more, which seems odd of an 11% beer. A lightweight 11% beer? In the end, yes.