So, what came first? 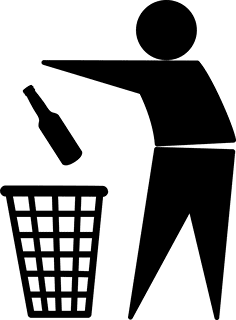 A very quick observation, and a couple of questions.

This afternoon I was in a local tap-room. I don’t care much for most of the beer that this particular brewery puts out, but I can usually find 1 or 2 out of the 10 or 12 that they have on-tap at any one time that I might drink. So, if I feel like going out to do some work in a public space (as is sometimes the case), and I’m in the mood to sit with a beer rather than a coffee, then I might find myself there.

Anyway, two ladies came in directly prior to me, and the conversation at the bar was frankly … bizarre. They were asking about the draft list, and essentially the exchange with the barman was completely centered around the flavor profiles that they were interested in. Fair enough, flavor in beer is important, but none of the flavors that they were discussing were related to traditional beer. Various fruits mainly (which rather than being limited to the odd fruit beer here and there are plastered across the whole menu), but also the ubiquitous (fake) ‘sour’, lactose and of course all of the adjuncts that appear in ‘beer’ these days. In this case I won’t list those adjuncts here because that would give away the brewery, but the larger point is that these people (apparently) don’t care for beer – or the flavors of beer – at all. They are here for “adult, alternative beverages” that possess flavor profiles that have nothing to do with hops, malt, water and yeast. They want smoothie inspired, fruity, flabby, thick, milky etc., i.e., the drinks that now make up such huge percentages of what we find in brewery taprooms. A therein lies the question(s).

Of course none of that surprised me in the slightest given the current state of things, but what struck me most was the idea that these people would have likely never been in taprooms five years ago. Or, if they were, did they actually hate the real beer that they were drinking? The other question is, “How did we get to this point?” The preponderance of ‘non-beer’ in taprooms came from where precisely? Was it driven by the chicken or the egg? Did the breweries precipitate this, or was it driven by the consumer that never liked beer in the first place? Did the economy necessitate that the breweries attempt to entice a complete new audience that never wanted beer in the first place?

I find the whole thing baffling, and I’m likely to continue to write about this because I find it so sad; so depressing; so odd; so maddening; so tragic, and most definitely not a neutral phenomenon that most definitely does have a detrimental effect on my own drinking pleasure.