Legacy drinkers and the assault on Belgium, England and Germany
11/01/2022

I *think* that I coined the term legacy drinker. I never remember hearing it anywhere else. If that’s not true, apologies.

So, what does ‘legacy drinker’ mean? My definition varies from day to day but the general meaning is that of a drinker who mostly enjoys, and drinks perhaps almost exclusively, the classic, well-established styles. Another way to put it is in the negative, i.e., a drinker who eschews fake (kettle) sours, pastry stouts, milkshake IPAs, NEIPAs etc. You get the general idea.

Don’t worry, I know how lots of people feel about me banging on about, ‘the state of beer today’ and, ‘these young people that don’t know a damn thing about beer’. I am extremely self-aware, I know what the phrase, ‘old man shouting at clouds’ means. It’s OK, I understand. So, given that I’m not likely to change anyone’s mind, and given that I am definitely screaming into a (contemporary beer) void, why do I bother?

I suppose one can put this down to a personality trait. I haven’t stopped banging on about this (and similar things) since the beginning of the beer internet. It’s not everyone’s cup of tea I understand. On the other hand one might think that it’s just a miserable old man being well, a miserable old man. There’s certainly a degree of truth in that, but in the final analysis neither are the reason for my repeated protest.

So how does the current scene have such a negative impact on me? Simple really. In brewery tap rooms I usually only find a tiny fraction of the beers available to be things that I, as a legacy drinker, would ever consider drinking. This also applies to bars to varying degrees. I’ve written a bit about the problem in taprooms and the problem in beer bars previously. OK, so you tell me that I can choose not to go out to bars and taprooms that I find so objectionable, and I can stay at home and drink. At least that keeps me away from people, snotty-nosed kids and hipsters, right? Surely a huge bonus? However, not so fast.

In July of this year I was in Orlando, FL. For around twenty years, Knightly Spirits has formed part of my background knowledge of the beer landscape of the city. Once hailed as a great beer store, I’d never been able to visit prior, so this time, off I popped. In an experience that almost perfectly mirrored my May visit to the Map Room in Chicago, it was a sad and mildly depressing sojourn. The place was wall-to-wall cans of the aforementioned garbage, except for a dusty and uninviting section that housed some classic beers. There were all old – in many cases VERY old – and of varying quality anyway. I was clearly witnessing the death throes of a once great selection. I picked three or four bottles that I thought might have survived some aging, and took them to the counter. On being rung-up I was told that, “ALL 750 mL bottles in the store were buy one, get one”. ALL the 750 mL bottles in the store!? Can you ever have imagined a time when that would have come to pass? Of course I returned to the shelves to get mates for my original selections, but found it hard to pick a bottle to pair with all of them based on age, and what was left. I guess the classic beer had been picked over for months previously, if not years. It actually made me quite sad.

More recently here in North East Indiana I learned of a nightmarish situation developing here in my backyard. The local distributor is discontinuing Westmalle and Rochefort. Not some obscure, run-of-the-mill, inevitably poor-selling nondescript Belgian low-life, but Westmalle and Rochefort for Christ’s sake! On the heels of that tragic news I was confronted on Twitter with the recent release of Fuller’s Vintage Ale 2022. It was pouring on cask, in 20 oz servings in selected pubs in London. This literally brought a tear to my eye as I actually contemplated buying an airline ticket just for that reason alone. It also served to twist the knife even deeper and further. FVA has been missing from most (if not all) American shelves since circa. 2016-17. It was once prevalent and easy to get in the larger markets.

In short, the recent trends in the (oddly apparently increasingly ignorant) US market are wrecking my drinking pleasure by crucifying the availability of imports. This is not just a simple, neutral, “Why not just let everyone drink what they like?” No, that ignorance is reducing my enjoyment and hurting me tangibly, both in real time and in real terms.

A couple of days ago, another reminder about the piling on. To counter my argument one might point to the few US brewers who work with more of an eye to the classics. A recent post on Facebook about Ommegang’s Three Philosophers lauded its qualities. A nice beer indeed, and one that I have enjoyed many, many times over the years. However, if one has been paying attention one would know that Ommegang has gone off the rails completely of late. Hazy IPAs have been usurping their Belgian roots – apparently in the ultimate irony of ironies – mostly AFTER Duvel-Moortgat acquired them! I replied on FB with that retort, and was then informed that Jeff Alwowth had written this just 24 hours previously (I swear I hadn’t read this post prior to my FB comments).

I’m afraid it’s a mess and getting worse for legacy drinkers. I dunno, maybe there is a pendulum swing in the offing, but in the short term I shall remain sad, and continue to ask you to get off my lawn. 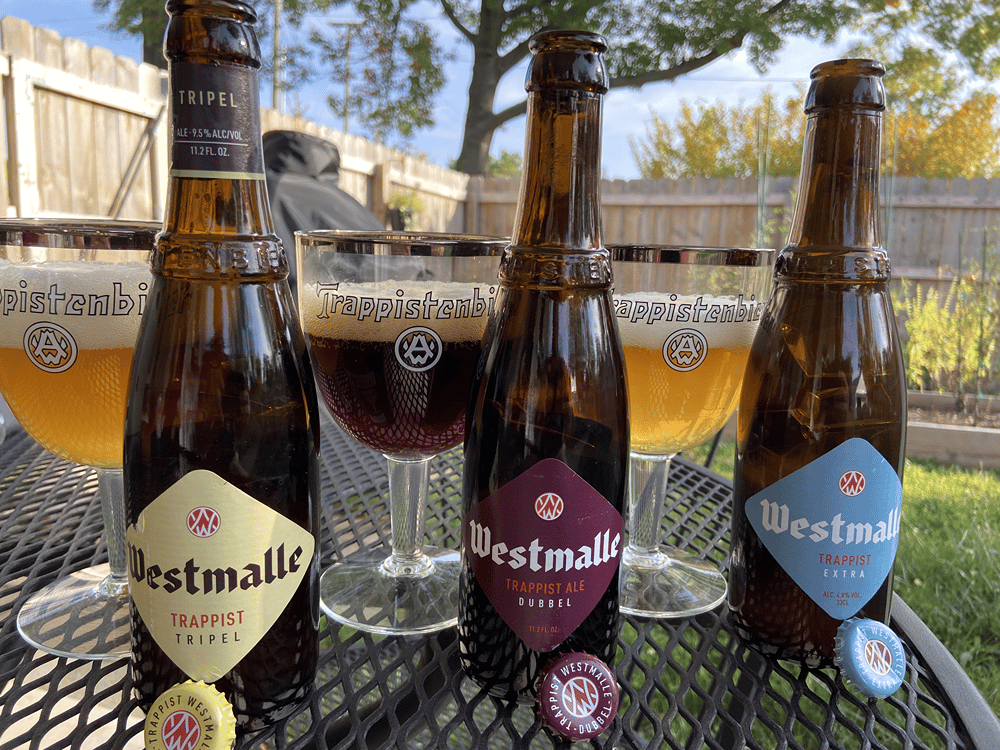