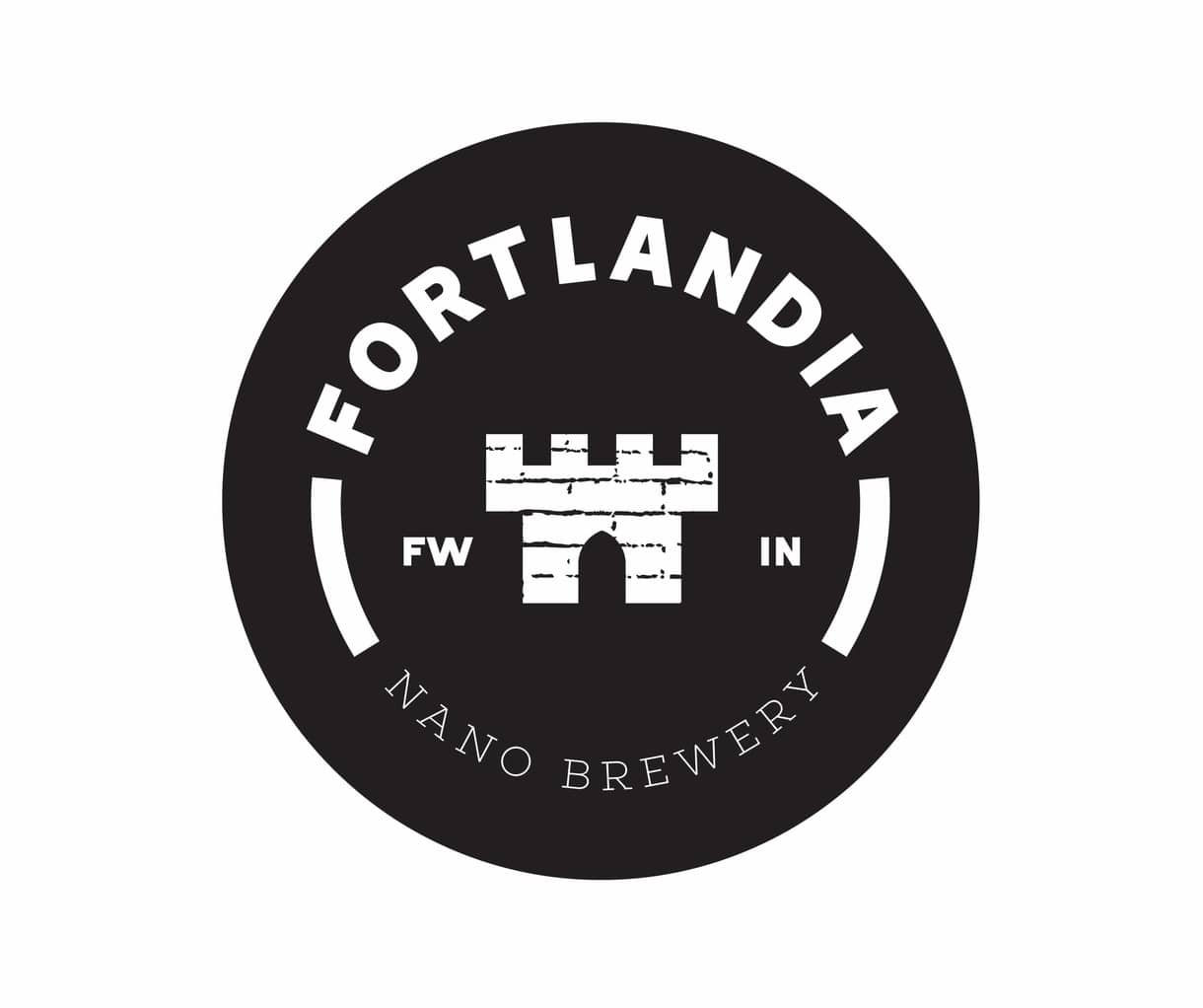 When five blokes get together to brew and drink beer, sometimes things don’t exactly go to plan. There’s quite a lot of potential for nonsense to be talked, and for fanciful plans to be made. However, on Spring St. in Fort Wayne’s northwest quadrant you’ll find an outstanding example of talk that was converted to very real accomplishment. Fortlandia Nano Brewery turned three years old* on August 9th 2022, the same day that I visited with co-owners Ken Daly and Jerry Glass.

When Jerry, Ken, Dan Voors and Sam Snyder were attending regular meetings of the Mad Anthony Serious Homebrewers (MASH) club, there was an air of confidence surrounding their hobby. They were pretty pleased with the beer that they were making. Having confidence in one’s beer when among friends is one thing, but putting that same beer to the test by measuring it against others is quite another. Nevertheless that’s exactly what they did, and when their beer started to show well at festivals, pitted against commercial examples, they began to run out of excuses as to why they couldn’t turn a dream of starting brewery into a reality.

Close to six years ago the partners began the meticulous planning that was necessary to realize that dream. Ken had worked at Nelson – a manufacturing company in Fort Wayne – for over 20 years, and the owner of the company Ed Whipp, was recruited to bring business acumen to the team.

During the latter part of 2017 and into 2018, the five met once a week putting together the specifics of their vision. On St. Patrick’s Day in 2018 they were chatting about their plans with Tony Henry, the owner of another Fort Wayne iconic establishment Deer Park Irish Pub. The problem of finding suitable premises for the brewery-in-planning was proving a tricky one to solve, but Tony had an idea. Less than one mile due east of where they were sitting was a modest building where more than one pizza restaurant had previously traded. Within five minutes they were at 1010 Spring Street scoping out the possibilities. Eighteen months later, Fortlandia Nano Brewery opened its doors to its first customers.

The first thing that you notice about Fortlandia is the scale that everything operates on. When the Brewers Association started trying to define the various segments of the craft industry a few years ago, a microbrewery was described as a brewery that produces less than 15,000 barrels of beer per year and sells 75 percent or more of its beer off-site. Of course such ‘definitions’ are not scientific, and are subject to liberal use and abuse. With that in mind I’ve always been somewhat cynical about the use of the associated term nano brewery, however it’s worth considering a few things with specific reference to Fortlandia here. Firstly, when one examines the literal meaning of the words micro and nano, i.e., 10-6 and 10-9 respectively, a brewery like Fortlandia that’s producing somewhere in the region of 200 bbls per year, is several orders of magnitude smaller than a micro. So in that regard the nano moniker really does having literal meaning. Secondly, some claim that there is a consensus in the industry that nano should be applied to any brewery that produces beer in batches of three barrels or less – check, Fortlandia operates on a 1 bbl system. But ultimately the most meaningful way to match Fortlandia with word nano is to consider their roots, and the scale of their business. From the building to the bar, to the fact that Ken is the sole, full-time employee of the outfit, there could hardly be a more appropriate use of the term nano brewery. Moreover, Fortlandia embraces the tag with pride, and wears it well.

Speaking of the 1 bbl system, it was built by the engineer of the group, Jerry. If some piece of hardware in the building wasn’t purchased externally, it was mostly likely handcrafted by him. An engineer by trade, Jerry also built the bar that you’ll see in Fortlandia’s taproom. They do have commercial brite tanks and kettles, along with 15 fermentors with a total capacity of 20 bbl which are a crucial part of the system. The only way to satisfy the huge thirst for Fortlandia’s beer is for Ken to brew four to five times a week, sometimes on double brew days, to get product into the fermentors to then allow for the output of so much beer from such a small system. It’s a real juggling act to keep ten taps open, and their signature 22oz bombers filled.

Fortlandia has three main ways of getting their beer out to customers. The taproom of course, the on premise sale of bottles, and via an ever expanding set of bar and restaurant accounts that want to showcase local beer. If you’re a Fort Wayne resident you may well have seen some Fortlandia beer around town, but there are a few subtleties that are worth noting about that distribution.

You’ll also find Fortlandia served in other venues around the region such as SolBird Kitchen, Granite City, BJ’s Brewhouse, and Rack & Helen’s in New Haven.

Is there a niche that Fortlandia fills in the Fort Wayne beer scene? Certainly in terms of their current size, yes – there’s no other commercial brewery working on a 1 bbl system – and perhaps also in terms of Ken Daly’s penchant for brewing classic styles such cream ales, IPAs, and his special love, lagers. Some of the beers that he’s most proud of are German lagers, and that’s exemplified by the beautiful clarity, and authentic malt base that graces the pint of Bock To The Future that I drink during our conversation. Having said that, there’s a complete array, and a dizzying cross-section of beers available at Fortlandia. Jerry says that they have more than two-hundred active recipes, and have brewed somewhere between three and four hundred batches. With Ken’s lager bent, Dan’s liking for a kettle sour, and the big-hitting stouts, barleywines and more aggressive beers mostly cultivated by Jerry (Ken quips that if a bottle has wax on it, it must be Jerry’s), Fortlandia’s tap selection on any given day will have something to appeal to almost every drinker. They also have a couple of Hotel Tango barrels for going the barrel-aging route. The result of the eclectic mix of brewing interests makes for an incredibly wide range of beers, especially when one considers the size of the system. An unintended consequence of the Fortlandia set-up is that beers tend to turn over very quickly, and it always gives a beer lover a reason to return to see what’s new.

So what’s next for the nano brewery that’s blown the original proof of concept out of the water, and is now a fully established business on the scale that they currently operate? Fortlandia can brew good beer, we know that, but the literal thirst of Fort Wayne and the region can only likely be satisfied by a larger production facility. There are no solid plans yet, but the only way can be up, with a critical need for expanded production, and therefore expanded production space, being at the center of anything going forward. In the meantime I suggest that you enjoy the current intimacy of everything that Fortlandia does, and to keep watching this space.