The State of Citizen Beer Blogging in 2022 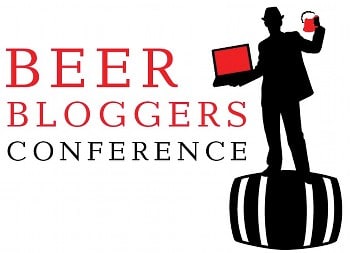 I was toying with the idea of going to the 2022 Beer Bloggers Conference in Asheville in August of this year – that was until I learned that it had been canceled due to a lack of interest. My guess is that the first half of the second decade of the 00s was the peak for citizen beer blogging. I have no real data to back that assertion up – it’s nothing more a feeling – but there were a lot of comments on my blog around 2011-13, so I suppose that represents a sliver of ‘data’. Jay Brooks’ The Session ran from 2007 until 2018.

I get the sense that the days of every beer guy and his dog having a blog are truly behind us, and that if one went to the blogroll (I think that term is just about dead too) of any of the few citizen beer blogs that are still around, one would find mostly dead links or at best a ton of abandoned sites. Of course, this blog was one of those for a long time too. I am acquainted with quite a few people that write about beer professionally. By ‘professionally’ I mean that they derive some (or all) of their income from that pursuit. Hanging around in the beer ecosystem, in particular online for over 20 years, has created several such connections for me. In some cases those connections are relatively loose, i.e., folks who I have never met, never had a pint with, and I suppose never likely will. In other cases the relationships are far more solid, with beer having been consumed in person over the years. Either way I fairly routinely interact with a number of these folks. Since the inception of this website, I always wondered what the professional beer writers thought about the rest of us writing about beer. I absolutely do not suppose to know what’s in the heads and hearts of those regarding any issues, and perhaps surprisingly, not necessarily even about the subject matter at hand, beer. What I have observed over and over again is that because the work of these folk is inexorably connected to their income, they have to be mindful of what they say, in a manner that the citizen beer blogger who has zero skin in the game does not have to. My strong suspicion is that partly because of this, the pros have a certain level of disdain for people like me that get to spout beer opinions with no consequences. I say ‘partly’ because there are likely more reasons than just the one I have identified above, such as they simply might not like my online presence, might think my writing is poor, or may dislike what I do for any number of other reasons. Additionally, the word ‘disdain’ may be a little strong. I also suppose that the overwhelming majority of the professionals are either close to 100% indifferent and never give it a thought. My bet is that very few of those people, or even any people, much care about what I write about beer. However, that won’t stop me doing what I do of course, since I really enjoy it, and I find it incredibly cathartic. I think about beer and the state of things in relation to it a lot, and without the ability to get some of that stuff out of my head, I might just explode.

Of course, the one huge advantage to my position is that I can write exactly what I want to about any given subject. I’m literally beholden to no one when it comes to opinions about beer. That is extraordinarily liberating, and I suspect that something that the pros might be a little jealous of, even if they might not agree with many of my freely espoused opinions. In fact I’d go further than simply saying that ‘I suspect’; I’m pretty sure that I know. The reason? Well, as a person that writes for a living in any entirely different arena to beer, I know that the constraints placed upon me in my own field in relation to content are often very frustrating to me. Some of the pros may argue that they have no such constraints, but I think that would be them not be entirely honest with themselves.

The major disadvantage for the low-life, citizen beer blogger is fairly obviously that there’s a decent chance that no one takes my (beer) writing seriously. Even if they do, most likely almost nobody reads it. Many would argue that there is no legitimacy in, or gravitas to, anything that I write about in relation to beer. Now, I don’t think that ‘s necessarily true, but it is a very real perception, that has very real consequences – I mean if nobody is paying me to do this, it can’t be any good, right?

In relation to the differences between us as groups, I’ve noticed that a lot of beer writing these days isn’t about beer. It’s been dwelling upon flavor of the month social and political issues, basically stuff that I simply don’t want to read about from beer writers. Employment disputes and harassment cases are NOT “beer” issues. Do these problems exist in the beer industry? Of course they do, but let the social and political commentators deal with it not the beer folk. What about my beer? You may say that time has passed me by; that the Gammon Boomer in me is being exposed, and you may have a point (except that according to definition I am not a Boomer at all), but that doesn’t mean that I don’t speak for others. I’ve spoken with plenty of non-Gammon, non-Boomers that are tired of politically correct, social commentary from the beer world. THAT’S where the citizen beer bloggers can fill a void by, you know, talking about beer and beery things. Imagine that!

So what? Well, as I said earlier there was a time when this blog was pretty avidly read by lots of people. Those days are gone. These days I have a different focus. I’m still reviewing beers, mainly because I want a record for myself, and I’ve switched to trying to focus more on the local scene here in Fort Wayne, and North-East Indiana. I really feel as though I have a unique perspective that can shed a positive light on beer in this part of the world, and maybe, just maybe, a few people will derive a tiny bit of enjoyment and a bit of utility out of what I do here now, and in the future.

Having said all of that I haven’t lost sight of my almost total insignificance in the beer writing world, and I know that any tiny influence or prestige that I once had was lost years ago. That’s OK, I’m mostly here to keep myself sane.