There’s an unusual beast prowling just to the east of the Wells Corridor, north of downtown Fort Wayne. He’s a brewer working in a relatively small brewery, in a relatively obscure part of the United States, with a pedigree and résumé of experience that might not necessarily seem consummate with his current surroundings.

In the latest of my chats with the brewers of Fort Wayne, I sat down with Iain Wilson in the taproom at Hop River Brewing on Harrison St. over a couple of his beers where we reminisced about British beer, agreed on the ABV limits of Session Beer, and took comfort in the fact that traditional beer is indeed alive and well in some parts of the US contemporary scene.

Before meeting Iain I knew that he was a Scotsman so I was interested in his British background, especially as it pertains to brewing. Originally from Ayrshire – the coastal, South-Western region of Scotland – Iain’s accent is gentle but firm. He has the kind of (Scottish) lilt that might escape your average American listener because of its subtlety. He comes across in our meeting as a soft-spoken man with deep sense of pride and history regarding the Scottish/British brewing tradition that he was brought up in, and that he’s clearly still immersed in. In that regard I felt an immediate kinship, which might be considered unusual between the Englishman and a Scotsman!

In addition to our British roots, Iain and I also share a background in Chemistry. He originally studied Chemical Engineering at university, pivoted to Chemistry in order to reduce the mathematics required, and then ultimately graduated from Heriot-Watt University in Edinburgh in 1997 with a Post Graduate Diploma in Brewing and Distilling. Working and managing pubs in Edinburgh, Iain went on to cut his teeth at the old Maclays brewery in Alloa, and worked with the amazing, and sadly late, Roger Ryman of St. Austell brewing fame.

Immediately prior to coming to the United States in 2005, Iain was working a shift brewer at Shepherd Neame in Kent. If you don’t know Shepherd Neame and their beer, then you either most likely haven’t been to England, or you simply aren’t interested in pubs or beer. Neame owns hundreds of pubs across London and the South-East of England, and as such, three of their beers (Spitfire, Master Brew and Bishop’s Finger) are somewhat ubiquitous in that part of the world. Iain told me that working for Shepherd Neame certainly had some advantages, but also that the work of shift-brewer isn’t exactly a creative role, and often felt a little removed from the sharp end of developing recipes, and the business of being immersed in actual brewing beer. On one rare occasion he had the opportunity to brew a version of Neame’s Hop Harvest Ale which was critically acclaimed, sold like the proverbial hot-cakes, and gave him a fresh perspective about what might be possible were he to be given the freedom to work on his own creations.

When Iain’s American wife was on a trip back to her home town of Chicago, she heard about the possibility of a position with the Rock Bottom Brewing Co. chain which would offer more of a creative outlet. After visiting for interviews, going through the dizzying process of visas, work-permits and paperwork, then training and visiting with Rock Bottom facilities in Colorado Springs, Portland and Indianapolis, Iain finally settled for almost fifteen years with Rock Bottom in Orland Park on the south-side of Chicago, ultimately becoming a Senior Regional Brewer for the company. Iain’s position there gave him a lot more license to create than he had been given in England, and whilst Rock Bottom’s corporate identity meant that a small selection of styles would have to be available at any given time, there was a lot more room for him to build his own portfolio around those required beers. At any given time, he might have had 18-22 beers on tap, with a license to fill open taps with beers of his own choosing and creation.

As for so many, COVID changed absolutely everything. Rock Bottom temporarily closed facilities, then closed some locations permanently, and changed the status of many of their employees from salaried to hourly. The brewpub chain then got swallowed up by SPB Hospitality in June 2020, when that company bought Rock Bottom’s CraftWorks Holdings parent company out of bankruptcy. As the landscape at Rock Bottom changed dramatically, Iain started looking for alternatives, and in August of 2021 he began his newest odyssey, here at Hop River Brewing in the midst of an exciting time for beer in North East Indiana. So, what of now, and the future for this new partnership?

When talking about the beer that he loves to drink, and that he loves to brew, is where Iain and I really begin to see eye to eye – with a few exceptions of course! We discuss my love of Bitters and ESBs, and his slightly contrary opinion about that since crystal malt is simply not his favorite thing. Although interestingly, that does lead us to a tangential  conversation about Shepherd Neame’s Master Brew, which Iain considers a significant outlier in that general, stylistic area with its overtly dry character. We go on talk about his love of lagers (he insists that we drink ‘Tis but a Schwarz, his Schawrzbier, despite me initially ordering an Unexpected Surprise), and what the future might hold as it relates to the beer that Hop River will serve up to its clientele going forward. We talk yeast, and the Scottish Ale Strain that Iain uses across many beers, the potential for the infusions (essentially using a giant tea-bag to infuse an gallon of the base bear and then adding it back to the original 15.5 gallon keg) of his Midnight Retreat Stout with coffee, and a special, “Terry’s” version – if you know, you know. We also talk about the barrels that he has ordered to get HRB into an aging program. Once again, Midnight Retreat is the obvious candidate for the barrels, but Iain’s eyes really light up when he talks about the possibility of taking a Helles Bock and crashing into a rum barrel. More to come on that!

Our discussion concludes over a sampling of Iain’s newest beer Pre-Prohibition Pils right out of the brite tank. Another lager, but with an unusual number of twists. If you come to this beer expecting a German or Czech Pilsner, you’re going to be confused. The Pre-Prohibition description here has real meaning. This beer is brewed with the nascent Lóiren hop, has a significant amount of corn (as would have been used by new immigrant brewers to the US at the time), an astonishingly creamy mouthfeel, and it drinks like a slightly more bitter, deeper, infinitely more flavorful version of an American adjunct lager. Those words were mine not Iain’s, but he nods in absolute agreement with my assessment, and seems delighted that I get exactly what he was going for. As an aside, this beer comes in at 5.8%, and that ABV is absolutely nowhere to be seen. Be careful crushing this, because you will no doubt want to, but it might just catch up with you! Iain says that one of his skills as a brewer is his ability to hide the alcohol in many of his creations, a trait that he says led to his wife calling him ‘sneaky’. It’s not clear if she’s really referring to Iain’s professional exploits or perhaps some other aspect of his character, but either way it’s clearly showcased in Speakeasy, the name for this great little hybrid.

Iain promises me that a Dark Mild is on the way too, which of course is exciting for me. He also promises that will come in between 3 and 4% (as it should, despite our collective knowledge of Sarah Hughes Ruby Red), and that’s the final part of the conversation that gives me real hope. Here’s a man who understands the beer culture that I know and love, and who leads me to believe that even among future infusions and barrels, that at its heart, Hop River is likely to remain a real bastion of classic brewing, and traditional styles in the North East Indiana region. 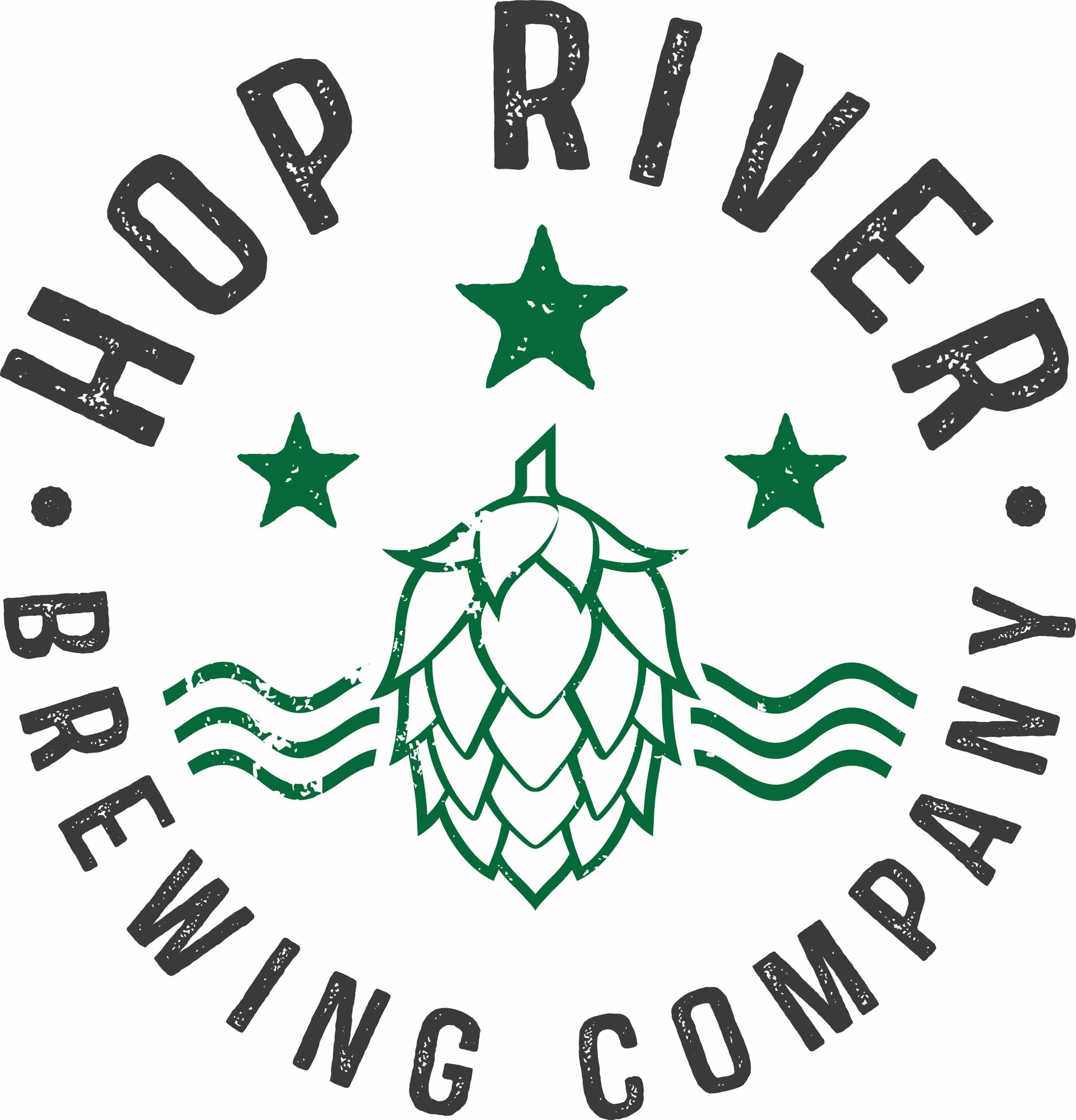