So what do we have here? Apparently it’s a Lager, and 5 seconds research tell us it’s a Doppelbock, or at least an amped-up version of the classic Brooklyn Lager – not entirely sure they are the same thing, but hey, that’s what Brooklyn seem to be going with. Here’s the official word from Brooklyn.

$13.99 for the corked & caged 750 mL bottle. Bottle- conditioned. This bottle has the Breathing Head label by Fred Tomaselli, but apparently there will be others during 2013. 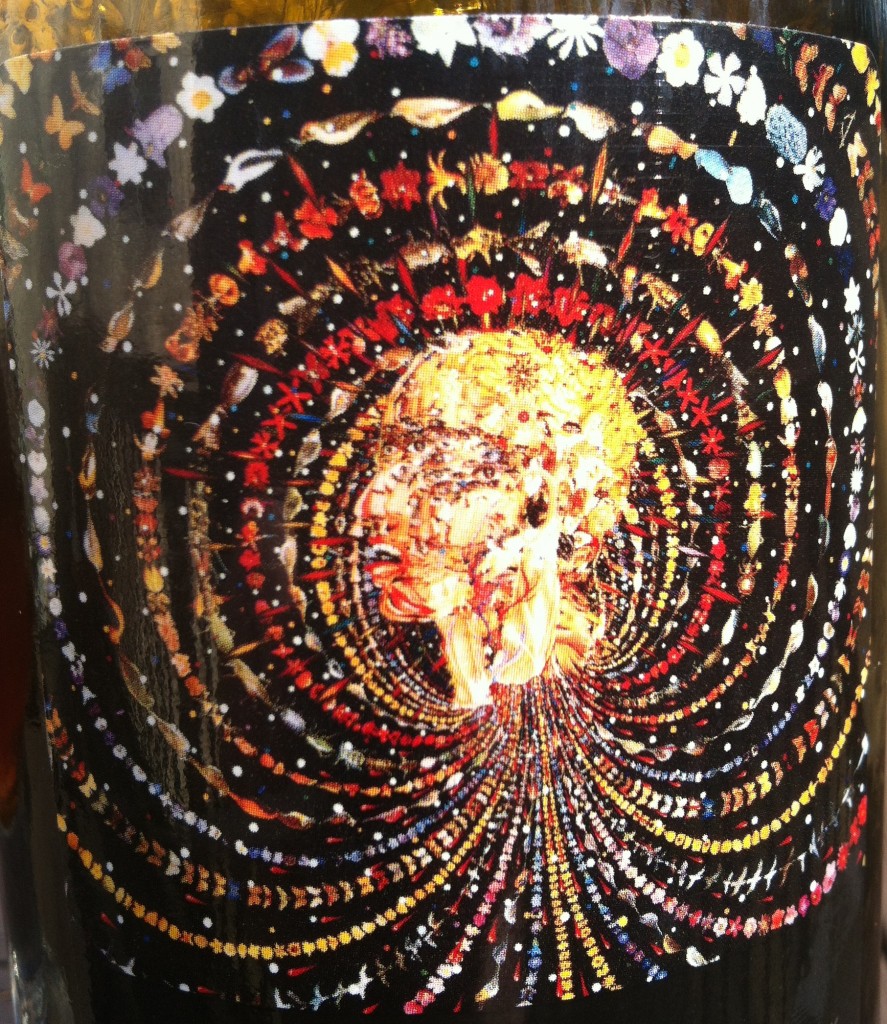 A very attractive bronze body sits underneath a pretty dense, creamy head. Lace isn’t quite as good as the head might initially suggest, but it has decent retention.

Healthy warm malts on the nose that remind me a little of a brew day. 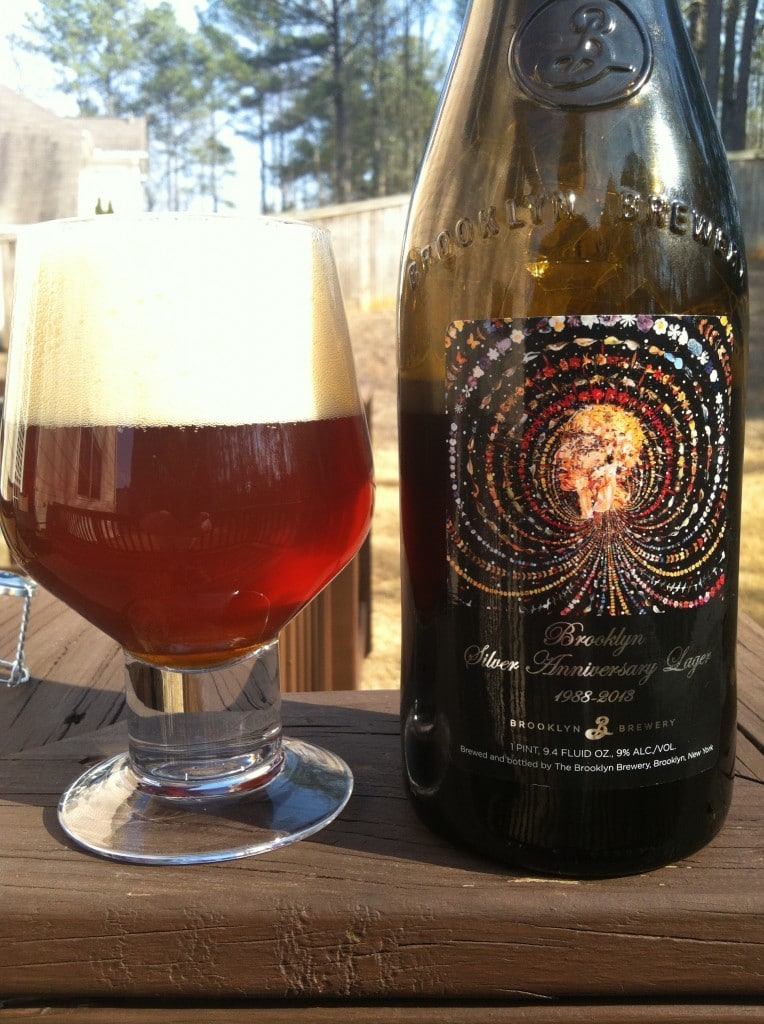 Brooklyn 25th in the glass

Rich and creamy mouthfeel accompanies a little sweet and sour experience as the lager yeasts and malts compete for attention. As is the case with a nice Doppelbock, there are some sour and bitter notes that sit slightly uneasily alongside the bigger malts. Alcohol makes an occasional appearance too, but it’s not as boozy as many in the style and in fact, at 9%, I’d say the alcohol is very well hidden indeed.

Warms a touch on the way down, but one would expect that feature.

There is a slight lingering bitterness that is clean. It’s a nice combo. The back end of the beer resembles the front, and the sugars are restrained in both of those places. It seems sweeter in the substantial middle. Some rich yeasty goodness permeates the whole bottle, and it brings with it a round, fullness that I was hoping for but not necessarily expecting. 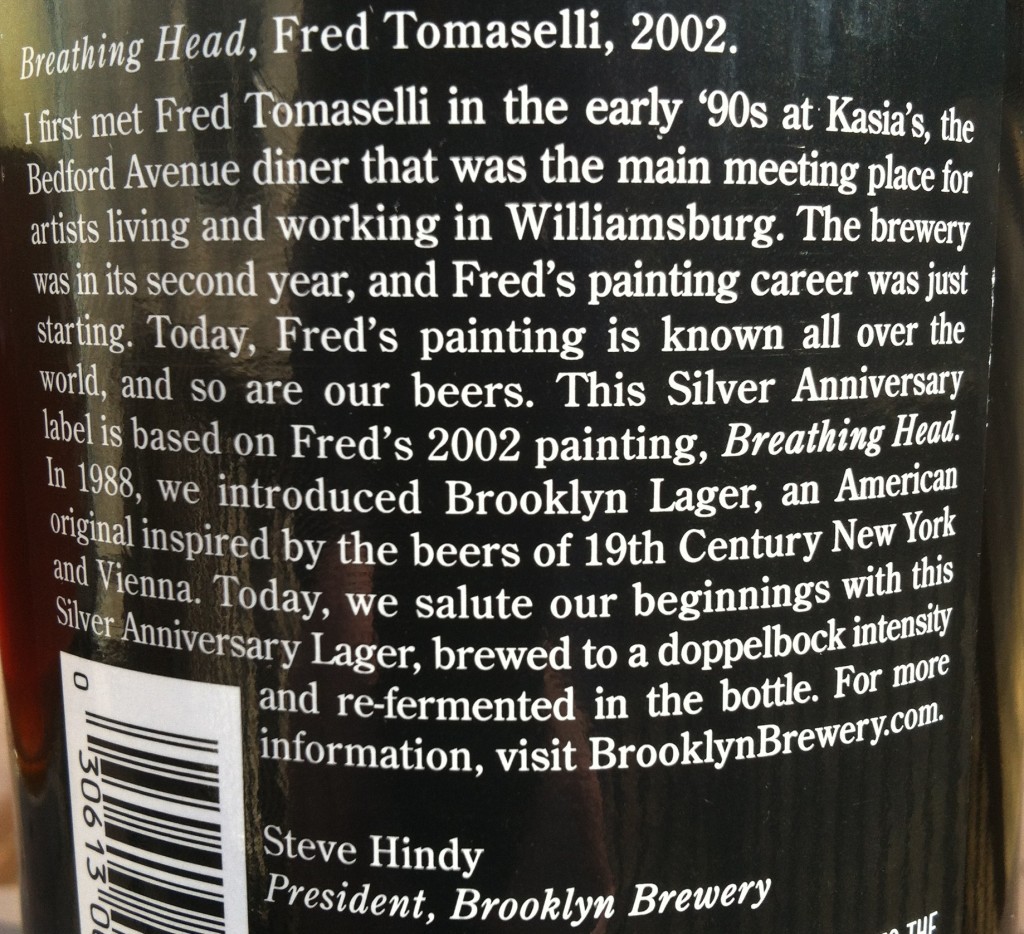 As is appropriate for the style, the beer is bulky but without ever getting either cloying or too aggressive. There are some Brooklyn beers that I really like (Lager and Monster), and this pulls in features of the best of those. A successful, if somewhat pricey project by Brooklyn.