What’s the deal with the (apparently) blacked out word between Farmhouse and Ale??

Pour gives an enormous, fluffy head with some good retention and some nice lace. The nose gives some quite hot alcohol and a large peppery element – so far, so good. Color is a cloudy, mid to dark range, orange.

The tastes are of fruity alcohol, with a semi-high solvent elements. The fruit is quite dry, and does not give a very large ester character. This is not a pineapple, pear based sweet bomb, rather it delivers a slightly bitter, apple and grape tannin effect. There is a threat of some bubble gum, but this is kicked back by the alcohol which comes on pretty strong. 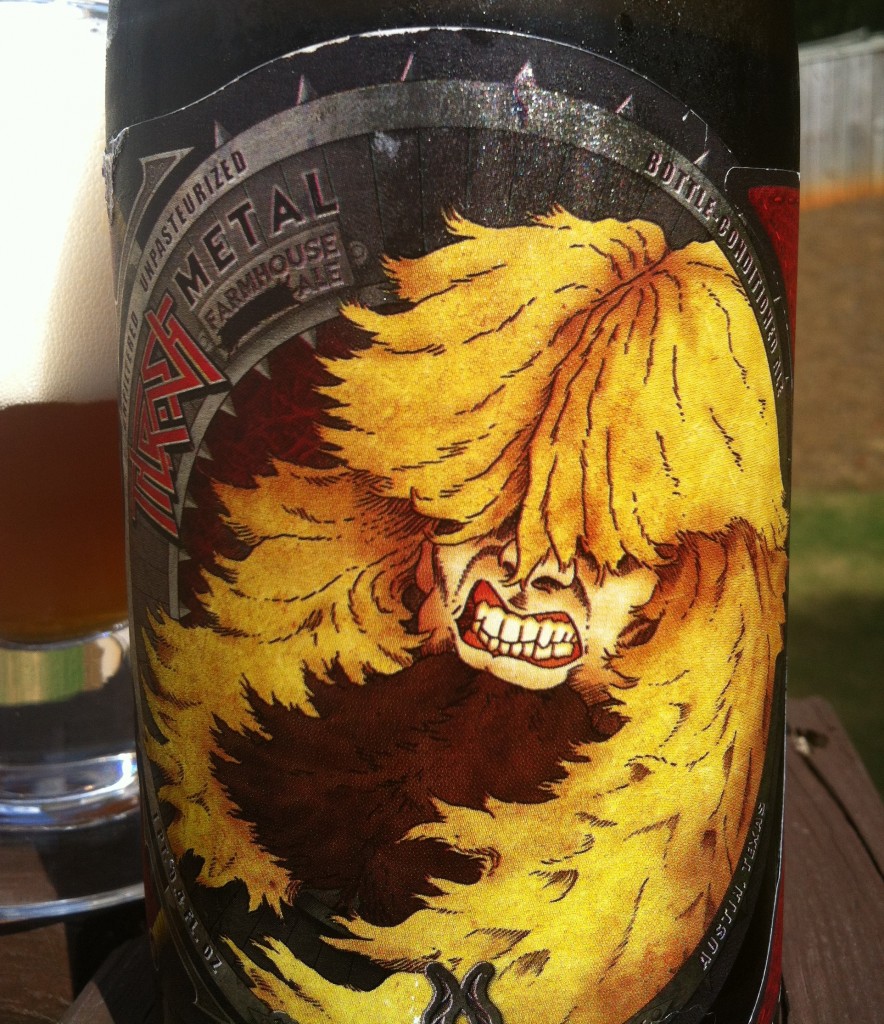 The alcohol keeps coming and repels much of any funk or yeast character as well.

There is quite a pronounced bitterness in the back end and aftertaste which is not all down to the alcohol. There’s an unexpected tartness about the beer, and in places it flirts with sour character as much as saison character. I keep on thinking that I can place the bitterness as some kind of grapefruit or hop element, but it keeps on coming as a solvent alcohol burn. Strangely, it’s not THAT unpleasant! Odd.

As it warms it feels increasingly vinous. Lots of white wine character, but at the same tinged tinged with some serious alcohol. I like it better as it warms, and the grapes come more and more. At the end of the bottle I FINALLY understand it – it’s a white wine clone! 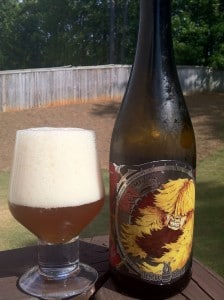 Ultimately this doesn’t quite resonate with me which is a bit odd, since I generally enjoy beers with wine-like character. I either want some decent fruit or some decent funk, and this Saison-like beer delivers neither particularly strongly – it gets caught between two stools.

Everything is hidden by the alcohol which packs every ounce of the 9.3% advertised, BUT if you take into account the vinous element, close your eyes, and think of a Pinot Grigio, I *think* that you will enjoy this a LOT more. Slightly warmer, and smaller quantities work better with this beer. It all sounds odd I know, but that the way it is!

Another, complicated, complex beer from Jester King that frankly demands  a lot more of your attention than many others. This is an interesting brewery at least, and at best a real trailblazer. Multifaceted beers.