Before purchasing the Beer Camp 12 pack, I was pretty sure that the beer that I would like least would be this one. It turned out that it was the one that I enjoyed the most, and by quite some distance. It should be noted that is not a commentary on the weakness of the other beer in the pack, rather it’s a credit to the strength of this beer.

Pitch black pour with a small, half-inch mocha head that is perfectly formed. No lace to speak of and the retention is hardly good, but given the ABV it’s all well within the expected parameters. 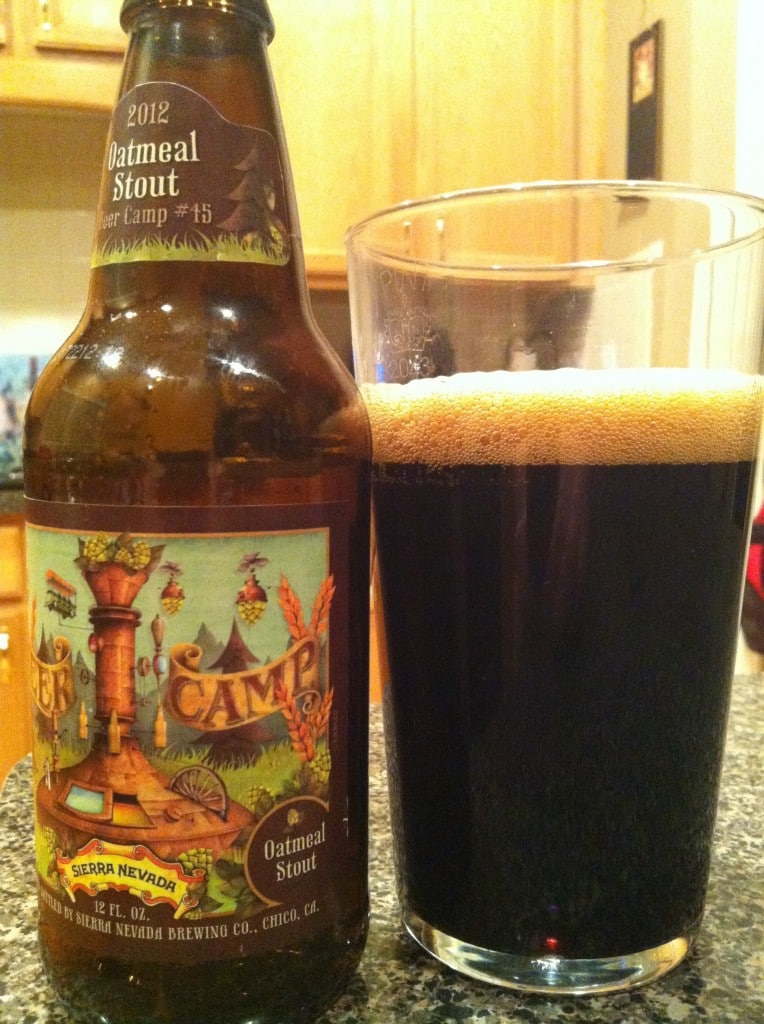 The nose has some nice sweet, alcoholic notes.

Tastes are an unusual combo of sweetness, strong alcohol, light roastiness and smooth character. Obvious the oats make a huge difference in the mouthfeel, but there is a general silkiness which is actually masking a pretty aggressive, hard hitting beer. A real, ‘iron fist in a velvet glove’, beer!

A few almost liquor like notes, that are tempered by some light, burned licorice and a touch of charcoal, this is certainly a big and threatening beer, but it manages to hang together – just!

The finish plays with solvent alcohol, but remarkably manages to step gently around it by giving a nice blast of sugary sweetness, whilst at the same time reminding you that one false move could see you get a really good kicking. Slick, with a touch of chocolate.

It’s actually a delicious, rich, but highly drinkable beer all wrapped up in a pretty simple package.

I really, really enjoyed this, as it seemed to strike a very nice balance between depth and easy drinking. A super beer and a delightful surprise.