Part of the solitary confinement series.

I had a few conversations with various folk about the type of Barleywine I could expect, American or English. More than one person suggested that I could expect to find a hybrid. I think they were wrong.

In a nutshell we get a distinctly American Barleywine, but one that is not quite as aggressive as some. Don’t get me wrong, we have large hop bitterness, unbalanced malts and lots of alcohol (it comes in at 10.5%) so all of the usual attributes are there, but it doesn’t quite attack in the same way that many others do.

Head and retention are both better than expected. Attractive, bronze body. Looks good. 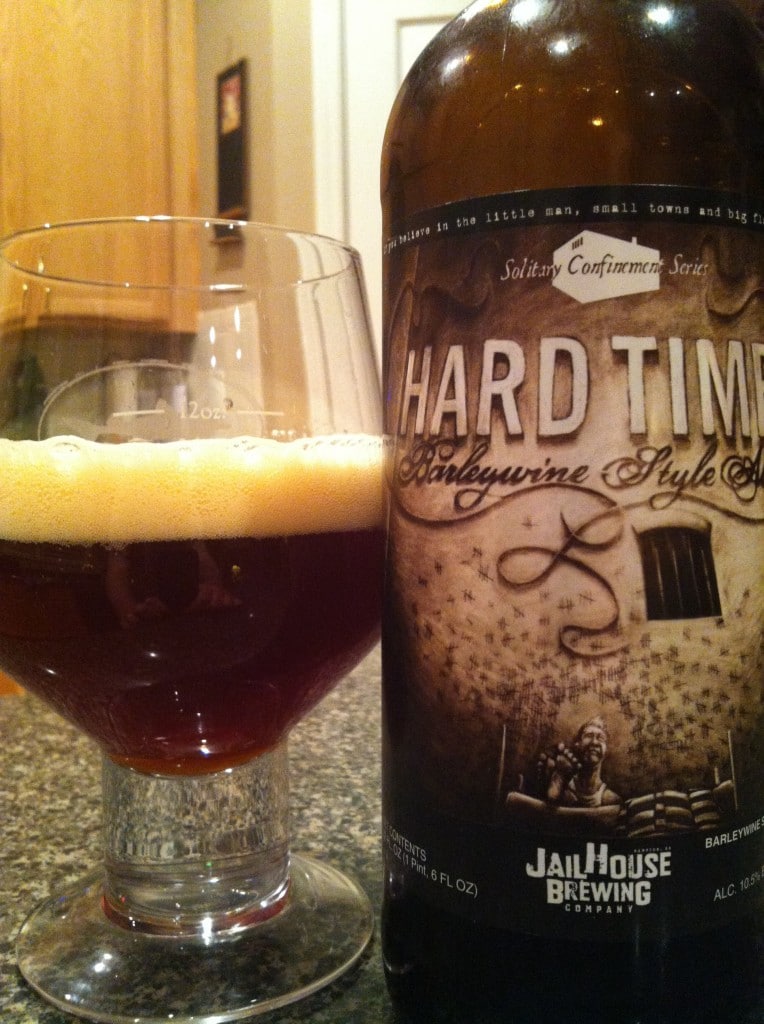 Anyone with any significant experience of American BW’s will have found many that are much more of a handful than Hard Time, but to suggest there is any hint of of the malt based English originator would be simply incorrect – it’s not there. Yes there is large sweetness, but it’s a ‘messy malt’.

Now of course, that is not to say that this is not a distinctly sweet beer in places, but that’s a totally different thing from suggesting it is an English Barleywine – totally. Oh well, whatever.

Big, chewy and brash most of the way through, loads of alcohol and quite tiring – typical! Despite not being the biggest player in the genre, Hard Time still wears on the palate very quickly. To be fair, this is function of the style as much as a function of this particular beer, so I wouldn’t knock it too much for that, but for me it impossible to appreciate the style in any more than minute amounts, and in very specific situations.

If I had to offer advice on this beer I would say split the 500 mL amongst three people, and perhaps wait a year before doing so. It’s not easy, but then again, nobody said it would be.