Had a chance to purchase a bottle at the brewpub in March of this year, but I passed. Everything comes to he who waits, and lo and behold here it is on the shelves in GA a few months later. $8.99 for the 750 mL from JUGS Atlanta.

Pour is a mid-orange, hazed body with a thick, white head that leaves very good lace and has better than expected retention. Looks nice, appearance is a strong point. 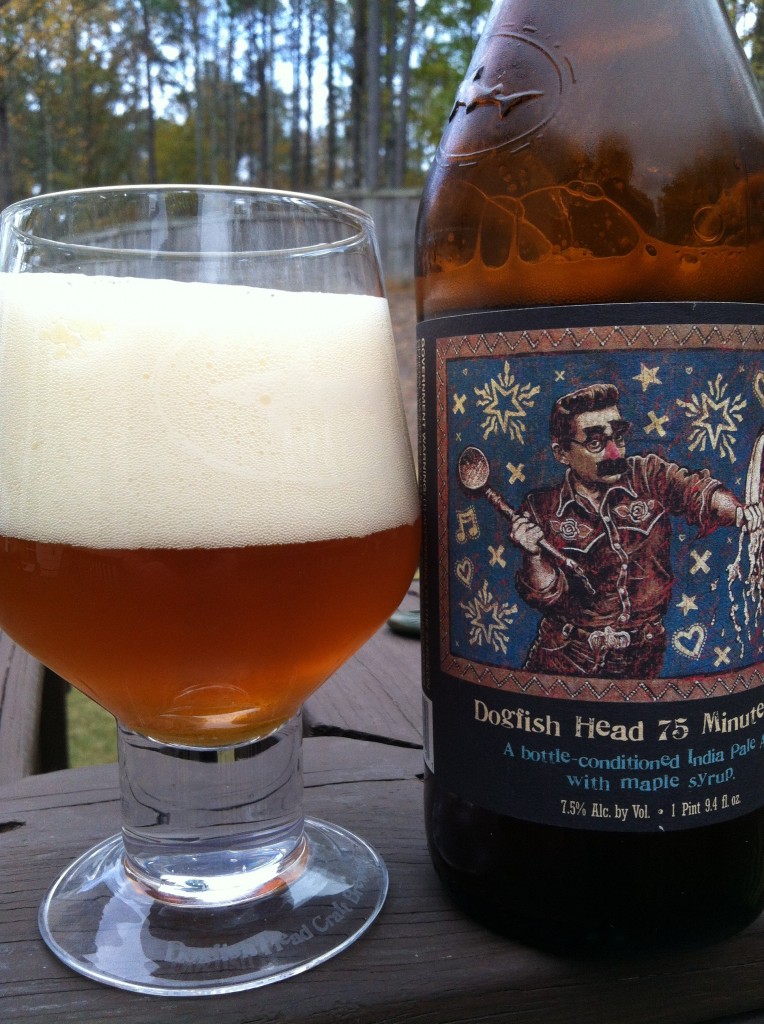 The nose is surprisingly neutral given the relatively aggressive hopped-up nature of the beer, and the fact we are dealing with the maple syrup element. Of course the hops are there, but the aroma never gets particularly strong or piney. Syrup not on the aroma agenda at all.

Tastes seem much like the nose to be honest. Sure there are some hop elements, but once again it seems underwhelming to me. The body is bigger than a 60 minute, but the IPA experience is a long way from that of 90. I suppose that one could say that in that regard this beer is ‘perfectly 75’, and that’s fine, but my retort would be, ‘what’s the point?’ 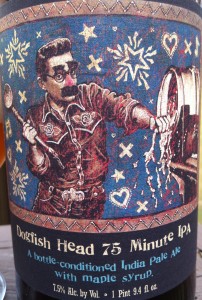 It certainly feels larger than a 60 (but 60 is what I would want when I want a more drinkable American IPA), and it falls well short of a 90 (but 90 is what I would want if I were looking for a larger experience). The label boasts that there are times when 75 is just right; I’d argue that actually, it’s much more likely that there are going to be times when 60 and 90 are ‘just right’ and in that regard 75 seems really redundant.

I don’t find the hops especially citrusy, and the cascade dry-hopping is not really an upfront feature. The mouthfeel is very strong, with a quite rich, thick consistency, and along with the appearance is without doubt the strongest element of the beer. 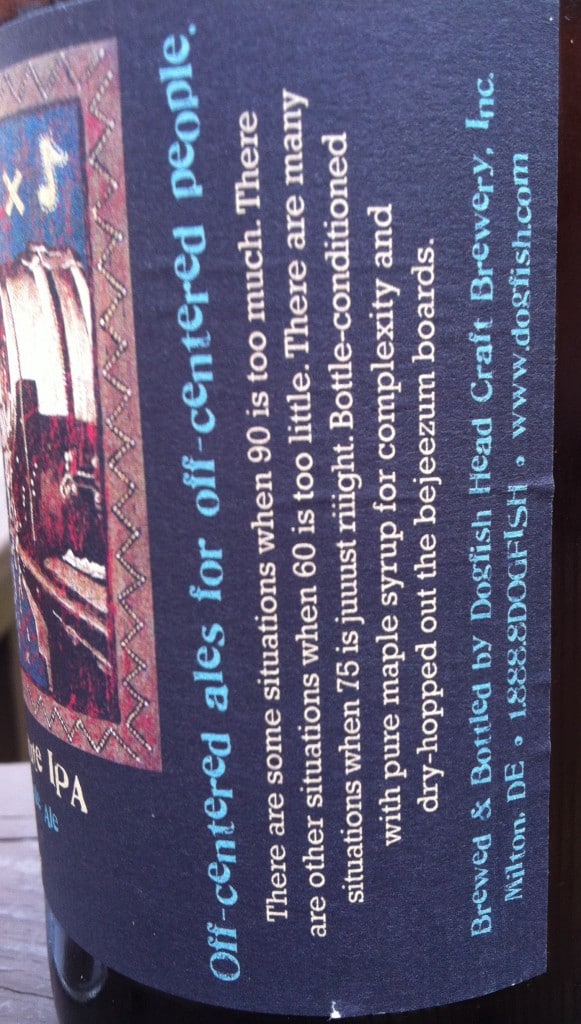 The tastes don’t really offer any discernible maple syrup for me, and the beer finishes with the exact opposite of what I was expecting with plenty of dry character. It isn’t really until the aftertaste that any noticeable syrup sweetness comes through.

Mmmm, not sure what the point is here. Competent American IPA? Sure, but oddly it fails to really showcase any of the typical American IPA attributes of blasting, bitter, palate wrecking hops, or ultra-high alcohol. It simply fails to stand out, which is not surprising given that it is basically a beer that doesn’t need to exist. It seems like a marketing scam to me!

Competent but unnecessary, OK but pointless, the beer seems largely irrelevant. I’d simply reach for 60 or 90 depending on your mood, needs and circumstance. Just wondering why you want to dilute 90, and screw up a more easy drinking 60. Seems without thought. Meh.