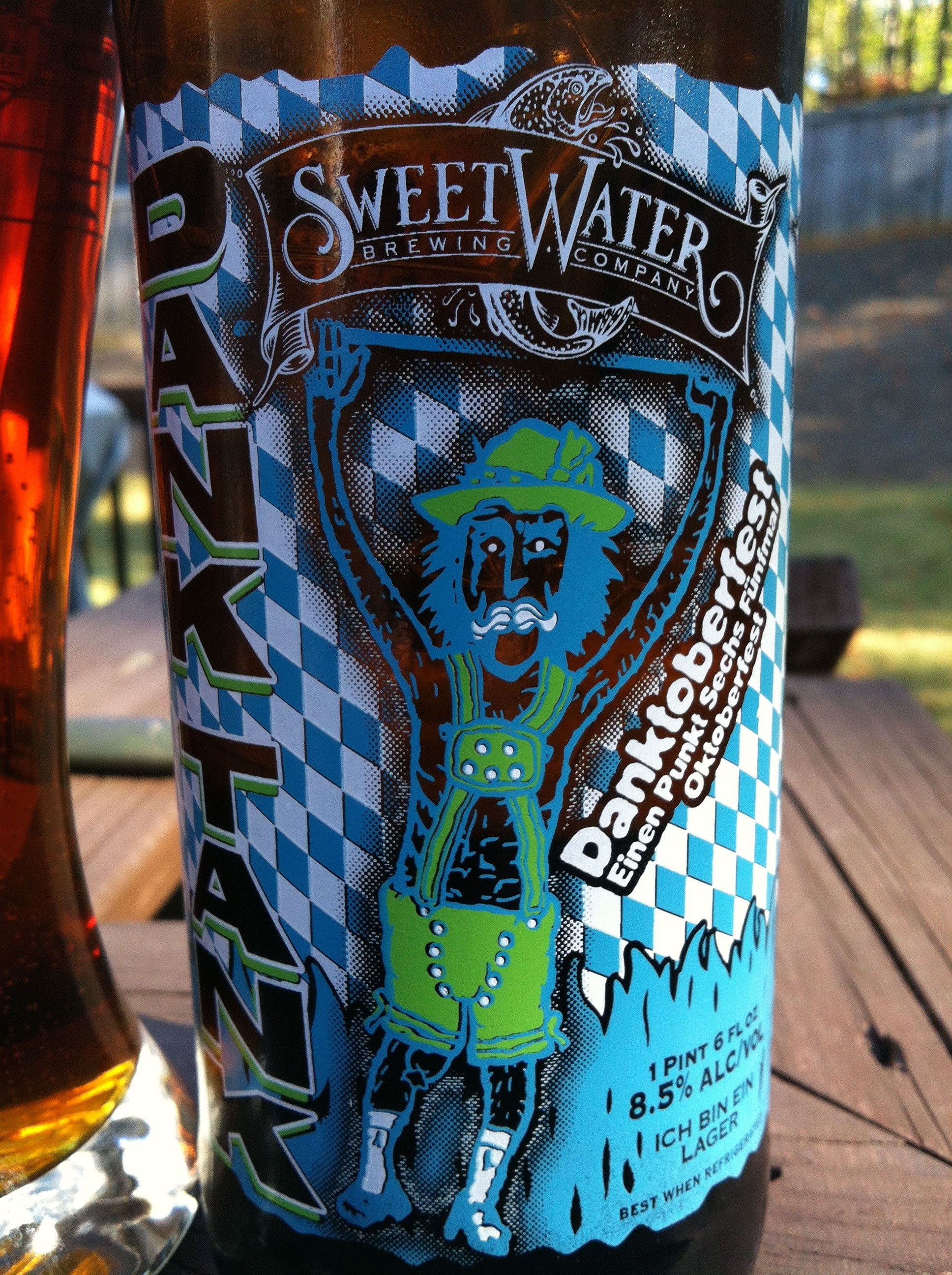 The latest in the Dank Tank series. Blue and white checkered motif in a nod to the Bavarian flag. Pretty good looking beer, with a nice, red-amber hue and a decent, off-white head. Retention of the head is pretty average, and there is little or no lace. 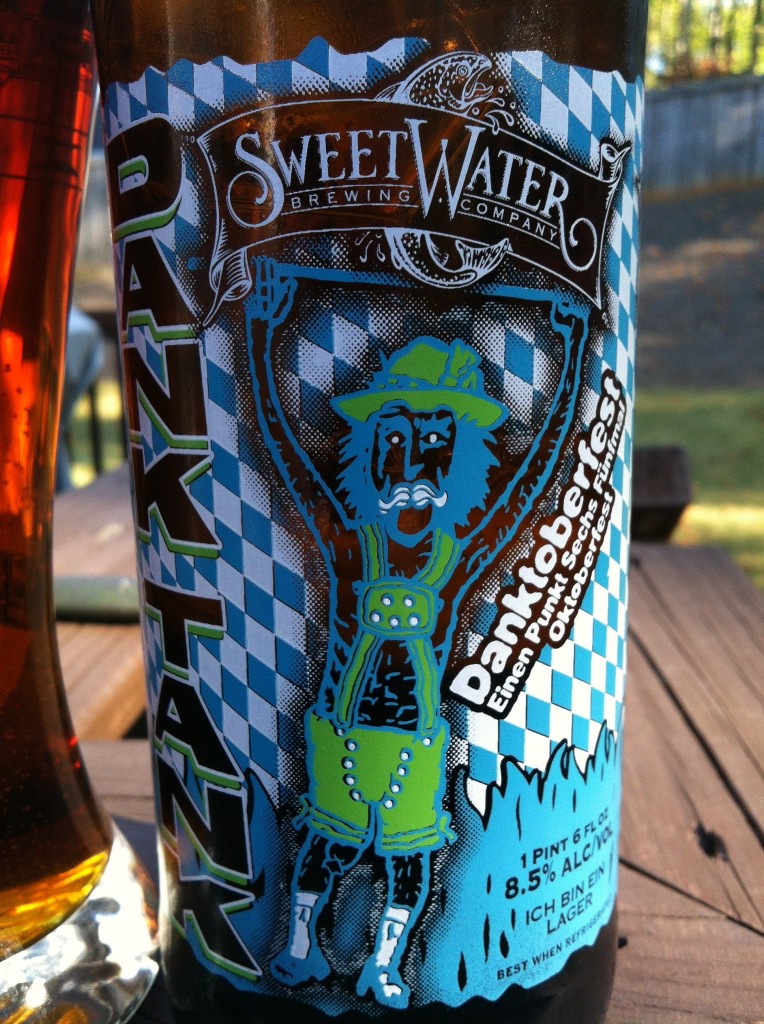 Nose is appropriately malty, but it does seems to have a hint of hoppy bitterness (this is a pre-cursor to some of the problems with the taste profile).

Tastes are indeed initially appropriately sweet, but there is an immediate and quite strong, green hop-like, bitter element. The bitterness really cuts across the palate EXTREMELY strongly (especially in the back end and especially when considering the style). In fact, the bitterness really upsets the style apple-cart altogether, which for me is very, very annoying. There is almost a soapy grapefruit finish to the beer, which is simply NOT anything I am interested in when it comes to this style of beer. It’s inappropriate. 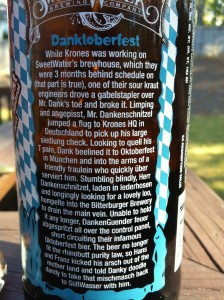 The beer also delivers a pretty large dose of solvent alcohol. This adds to the bitterness, and subtracts from the malty, biscuity, moreish nature that a true Octoberfest should have. I’m not sure if the bitterness is coming from a hop element or the alcohol, but either way it gives an odd, dry character to a beer that ought be exhibiting the exact opposite. Troublesome. As I get further into the 22 oz bottle, I feel pretty sure it’s the fusel alcohol taste that is contributing, but either way it doesn’t work. 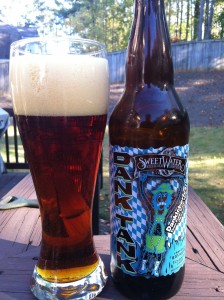 As the beer is consumed, the bitterness seems to become less. My suspicion is that this is simply because I am getting used to it rather than it going away, but it does seem slightly more palatable with time. The raw alcohol is still there all the way through the beer, but the sweetness supports it – JUST.

Now although this is not a terrible beer, and there are many, many worst offenders, it still is typical of what’s wrong with American brewing. Why monkey around with classic styles? It never gets better and it really ruins what is a great opportunity to pay homage to a classic style of beer. What’s being achieved here? A lot of juvenile posturing and ‘look at me’ adolescent need for attention? Coupled with the UTTERLY pathetic Sweetwater sophomoric humor, I get a bit depressed to be honest. 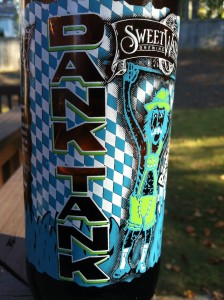