Ahhh, dammit. Such a shame.

This beer looks absolutely spectacular when poured into the Tucher Weizen, half-liter glass. The natural light shows a beautiful burgundy color, with a decent tan head and some truly rich hues. It looks great. Unfortunately, the look is by far the highlight of this beer. That’s not to say it’s a ‘bad’ beer, it isn’t, but such as shame that it did not live up to the appearance – to be fair, it would have been difficult. 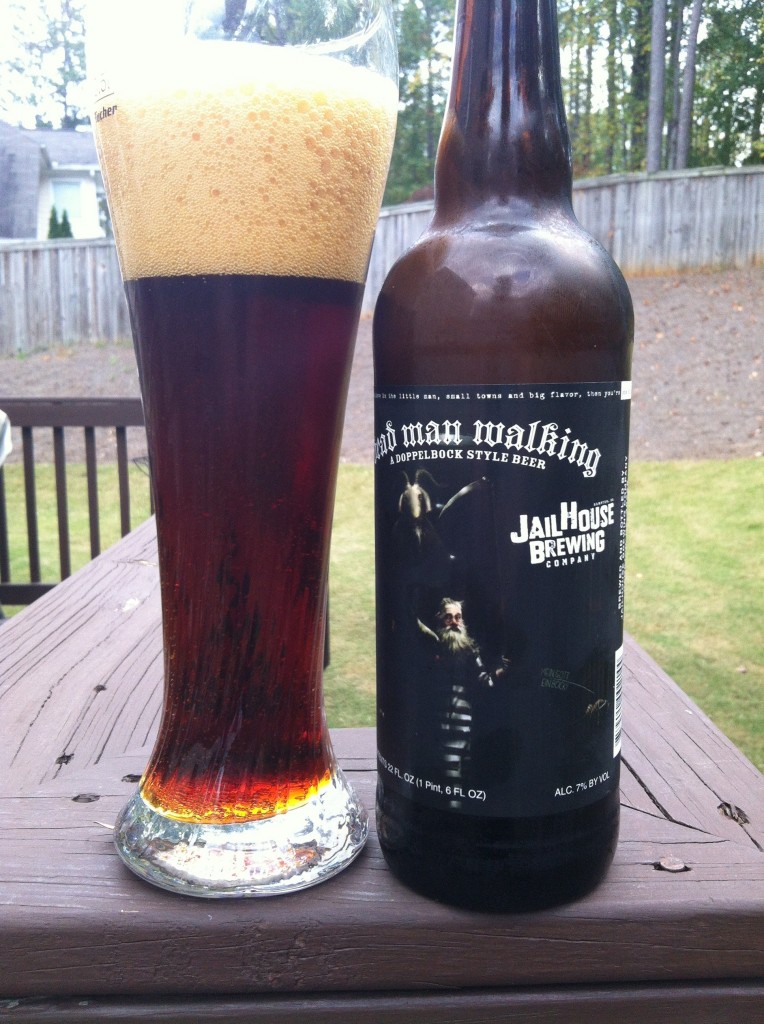 On reflection, although I take back nothing from what I said about the color and my first impressions above, the head and retention are very poor. In fact, I’d go further – they are both dismal. Color absolutely first class, the other appearance attributes are weak.The nose is appropriately malty – maybe some brown sugar. Strong.

Obviously malts dominate the tastes, but there is also some residual bitterness in there. The finish has a bit of an odd, mild coffee bitterness – that’s VERY unusual. Finish is round and bold and has a tiny touch of chilli like heat. Don’t misunderstand me, I KNOW that sounds nuts for a Doppelbock, but that IS what I’m getting.

The body is lacking here, and quite a bit lacking. It’s not watery as such, BUT it does lack the depth that a beer of this style needs. Carbonation is a really, REALLY problematic issue here. There is basically none, and even though we don’t require a ‘fizzy’ Doppelbock, there has to be *something* – it’s actually mimicking it’s name; DEAD. It’s basically flat.

It’s a bit unusual and OK I guess, but I want more sweetness and a LOT more rich, rounded body than this delivers. Not Glenn’s strongest work, this is ultimately a little disappointing with the body and the almost total lack of carbonation after the pour being the most significant problems – especially the carbonation. This was SO promising early, but by the end of the bottle it had lost nearly all appeal. Shame.