For the second time in just about as many days, I find a beer that for all intents & purposes could actually be described as an English cider. Thanks go out to @lnashsig for this opportunity.

A blended sour from Texas? Interesting to say the least. Jester King describes this as a Sour Saison. Oddly, I don’t find the beer to be particularly acidic or to have any specific Saison character to speak of (with perhaps the exception of the yeast strain that occasionally pokes its head through), but at the same time I can see where they are coming from with that moniker.

The initial impressions are of very low carbonation (as per a typical scrumpy), and a decent funky manure type nose that comes with the bottle being opened. 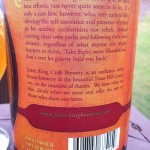 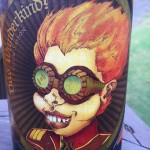 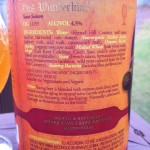 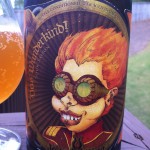 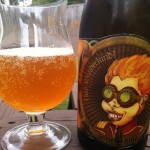 A flat looking, mid-dark orange body sits in the Duvel tulip. The final pour is a bit soupy as the bottle-conditioning becomes evident.

There’s some stinky horse blanket up front (a little surprising), and a nice, simple mid-sour tartness in the beer. There’s a citrus feel about the beer with a tiny hint of grapefruit (but not a lot). Tartness is solid rather than overwhelming, and some green apple notes cut across the back end. The finish is clean and without drama, and gives a mid-dry feel in the final flourish. Some light funky notes persist alongside the sour, tart angles, and the whole thing comes together neatly and without aggressive fanfare.

The dry finish is where the oaking comes in, but I am glad to report, it’s fairly light. The alcohol seems a little bigger than advertised, but the beer is never aggressive. In the end I like it, and it pretty much ‘does what it says on the can’ (good), but it is a touch one-dimensional. The beer is tasty, but I would say it lacks the complexity the one can find in beers of this type. That’s not necessarily a ‘knock’ on this beer since I embrace the simple, just a ‘heads-up’ about what you are (and are not) getting into here.

Having said that I still like this, and it’s a beer that would hold up well even in more exalted company. A beer that you could introduce to the less well-versed, one that would likely grab their attention, but at the same time would still be very approachable. Good stuff.