Chestnut pour from the 22 oz bottle, with a small, white head but some better than expected lace. Lots of red highlights. Looks like a solid brown ale in the glass. 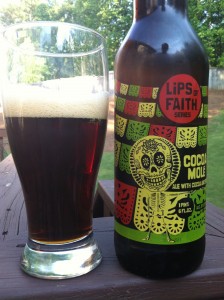 Sugary vanilla and cinnamon on the nose.

Initial tastes repeat the light cinnamon and vanilla and give a hint of the heat to come. Smooth at first but pretty shortly though, the heat begins to build and it gets quite warm. However, as the spice hits the tongue it fades to give a ‘quick hit’ rather than a large accumulation of fiery chilies.

Some definite black pepper but the whole thing is against the back drop of quite a sweet, malty beer that holds up well.

If you are in the mood for a chilli beer that is based upon a brown ale, then this is probably going to work very well for you. If you want to avoid either of those things then there is not much else here and you should stay away. The beer does not give the ABV away at all. A few more cinnamon notes in the back end and aftertaste. The chocolate character ramps up too, and there is a smoothness from the malt which straightens things out. 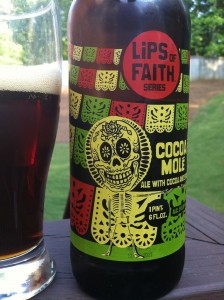 As far as the genre goes I’ve never really seen either the point or the appeal of chilli beers, but as a beer that is fairly drinkable and within the style this does the job. I’d never drink it again, but not because it doesn’t work or isn’t good, it’s simply a beer (and a style) that holds little or no interest for me. Above average in many respects, but just not something that has much appeal for me personally. Tasty, but in a way that I don’t want in my beer. I love hot food, but beer strikes me as a poor place for such placement.