Nice dark brown color which gives away a slightly olive green hue. Head is pitted and mocha, leaving a thin, spotty film, but not much lace. Perfectly acceptable. 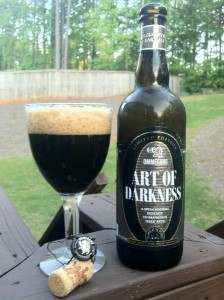 Tastes do not really give as much Belgian dark character as I was hoping for, and introduces some stout like notes. I’d prefer less of the latter and more of the former, but it still meshes quite nicely. Licorice, but a fruit licorice which is not as bitter as can sometimes manifest. Some quite nice fruity alcohol but never sweet.

The flaked oats noted on the label are probably the source of the fuller, smoother mouthfeel which is satisfying. 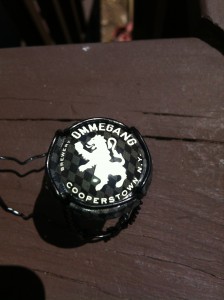 Obviously plenty of dark malts have gone into the beer, but here is never any bitterness. It doesn’t feel aggressive or brash, in fact the beer is really quite gentle considering the alcohol and the (potential) nature of the brew.

Finish is surprisingly dry with some cocoa and chocolate notes. 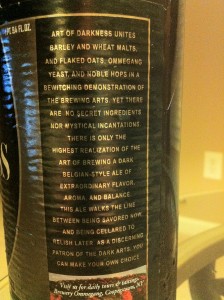 Another winner from Ommegang but a couple of down points for me. I also want a richer, fruitier, sweeter edge to my Belgian Strong Darks as opposed to a drier, stout like note, so although this had some of the former, it really wasn’t enough for me. If you are looking for a classic, rich, fruit, alcohol laden Belgian Dark then this is not it. I’d imagine that the dry character is deliberately introduced, but for me it subtracts from the beer.

Secondly I like the beer, am glad that I bought it and tried it, but frankly it’s a bit too pricey. Ommegang is usually one of the great defenders of value, but in this case they have a nice beer that really doesn’t stack up to well against the price ($14).