16 oz can from The Foodery, Northern Suburbs in Philadelphia, PA. Bought this along with the Bengali Tiger that I had tried a few days earlier. 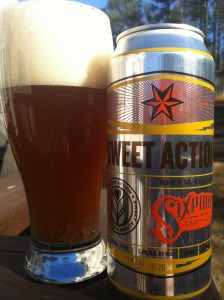 Pour is a dark, rust colored affair with a solid, pitted, inch-and-a-half head that has some decent retention. The beer is very murky and looks quite viscous. Some frothy, residual lace too.

Nose is strong on sweet, bready malts and not much else.

Tastes are less syrupy than both the appearance and nose might suggest, and there is a lighter feel about the beer when compared to the initial impression. A very simple malt and hop balance, this reminds me a little of an English Pale Ale. There are some light fruity notes. As the beer warms and the tastes start to apply themselves, the beer does get into a slightly less fruity, more bitter and bready area.

I like it less than I did upfront. The sugary sweetness starts to build a bit too much for me, and the heavier, mash element seems to come through. The aroma changes a little to resemble that of a warm brew day at the brewery – a touch musty, and a little dank. 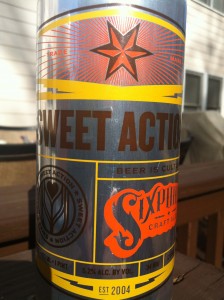 Cream Ale? Mmmm, not so sure since this seems MUCH less like all of those I’ve had in the past. Sensible ABV, which given that it is still in excess of 25% above a session beer tells you more about the role of alcohol in the American craft scene rather than anything else.

Not sure how to categorize this so perhaps I won’t bother, but it’s not much more than average and may be just another beer that is getting a lot of kick back because of the container rather than the beer itself.