From the 12 oz can, the beer pours a lot darker than I was anticipating with a quite significant mid-amber color. Head and lace are not substantial, but there is some nice, sticky lace that forms. A little chill-haze forms in the body of the beer. 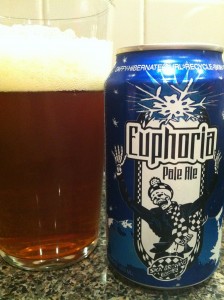 The nose is much hoppier than I would expect, and this is also true of the tastes. By American standards of course, this is not an especially hoppy beer per se, but in the grand scheme of things I still find this to be a little dry and a touch bitter for a Pale Ale. In England, this would most likely be classified as an IPA if one were to consider the taste attributes alone.

There are some light aspirin notes that form at the back of the mouth, along with perhaps a slight hint of grapefruit, but the citrus is not that clean. A few bicarbonate characteristics linger in the aftertaste as well. There’s quite a sweet malt base here, but it is punctuated with some significant hop character. The combination is not especially clean, and the sweetness makes it a little blunt. 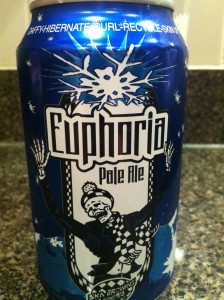 Probably better both a little younger and closer to the brewery, but nevertheless it’s still a beer that was drinkable.