More Jailhouse goodness? I hope so. Not sure if ‘plea ale’ is a play on words (pale ale), but from the tap handle it looks like this might be branded as a ‘fresh/wet hop’ IPA, well see.

All the initial indications suggest that is the case, with a orange, golden crystal clear body and a small, creamy looking head. Atttractive no doubt, with a little lace, but fairly thin and not really especially sticky. Hop nose is clean and fresh but in no way large – at least not in the American, hop forward manner for this type of beer. I take that to be More evidence of the relatively reserved nature of the Jailhouse stable of beers. 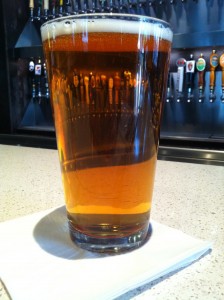 Carbonation is quite low and I think this adds to the edgy character of the beer – not something I was expecting.

There is very significant bitterness here – very significant. It’s metallic initially and evens out to be quite aggressive in the back end; outer extremities of the tongue feel it quite sharply. It lingers (as it should), but it turns out to be a little more aggressive than, (a) the nose would suggest, and (b) is typical for Jailhouse; in those respects it’s a pretty interesting beer and not quite what I thought it might be.

Malts are largely absent in terms of them manifesting themselves in the immediate tastes, or at least they are swallowed by a very large hop presence. The hops are certainly clean in as much as they don’t really present an oily, viscous or pine element, but they still bring a substantial aggression. To me the beer seems a bit clinical.

In the end this seems a little harsh, and a bit of a departure for Glenn. On the plus side it’s clean, but it is unquestionably more astringent than has been typical for Jailhouse. In that light I am a little taken aback. Not my favorite Jailhouse effort by some distance, but perhaps that’s because I am surprised by it, I guess I should visit again to form a more balanced opinion. 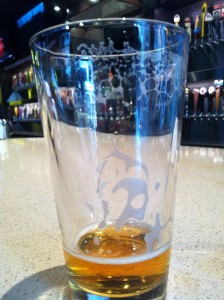