Surprisingly clarity on the pour (given the Imperial India Style  Wheat Ale moniker – whatever THAT is) even if there is a little chill-haze, and some vibrant carbonation. When the beer has settled down a bit it looks like a bright, clean Pilsner and not like a wheat beer at all. Head and lace are both very good considering the ABV. In the west coast/DIPA tradition/fashion the sticky lace is a strong feature and I’m delighted by it. 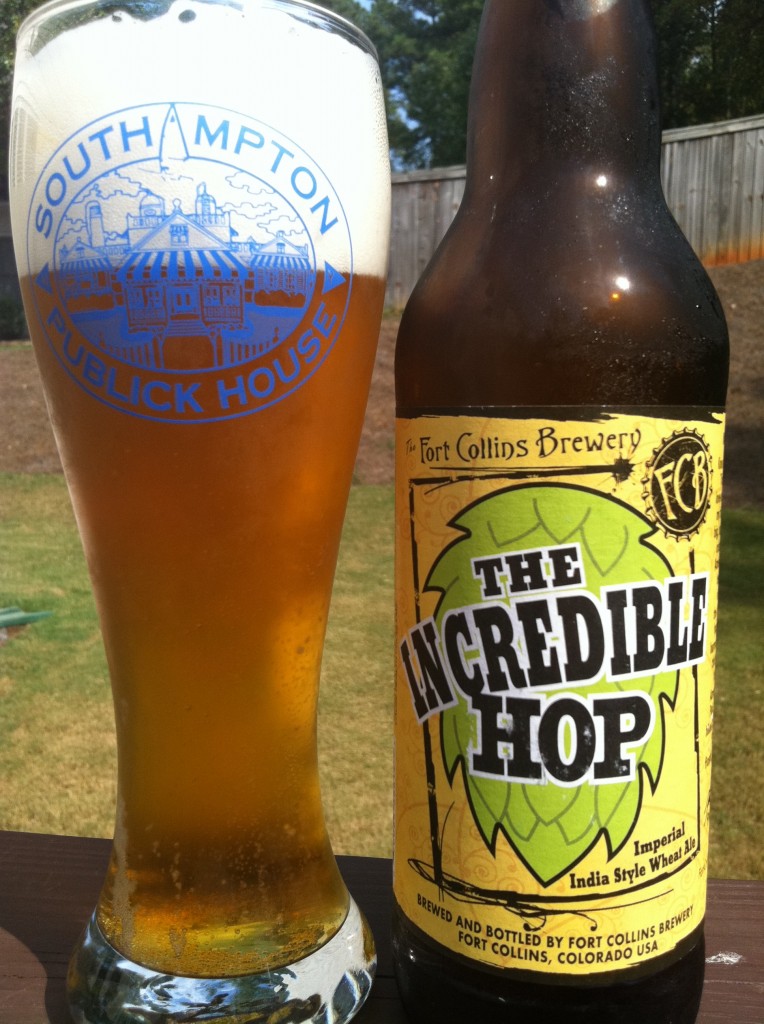 Very strong Imperial Pilsner note both in the nose and the tastes. Some light, aspirin bitterness and a significant alcohol element. All the requisite notes are there for a strong, imperial version of a Pils. The aspirin bitterness is a feature, that although unlike in many other ways has me recalling a Masala Mama from Town Hall in MN. There is also a nice, sharp bite of Saaz/Noble crispness in the finish. The alcohol does not feel especially big early in this beer, and upfront there is just no way I would peg it as high as it is, however the lack of solvent taste does not hide the building presence of the alcohol that one notices at the end of 22 oz. Deceptive in that department, so take care.

This is a sharp, clean, bright and intensely bitter beer with a warming alcohol finish and some lingering, grain-based sweetness in the back end. I really don’t see any wheat elements (I am assuming this is filtered), and the beer would stand better if it had the Impy Pils. designation – that’s what this beer really is. Beeradvocate has this beer listed as an American DIPA which doesn’t seem right, however their categorizations are usually based upon what the brewer declares the beer to be, and given the brewers description I suppose it is ‘accurate’. However, if you are expecting a quintessential beer in that style you are going to be disappointed. Confusingly, if you are looking for a wheat beer I think you are going to be a little perplexed as well – go with ‘Imperial Pils’ and you’ll have a much better idea of what’s in the bottle.

It’s spicy, with some white pepper and some pale malts that combine to bring an interesting (for me), hybrid beer.